I can fill the striking void - Boakye-Yiadom on replacing Gyan - MyJoyOnline.com

I can fill the striking void – Boakye-Yiadom on replacing Gyan 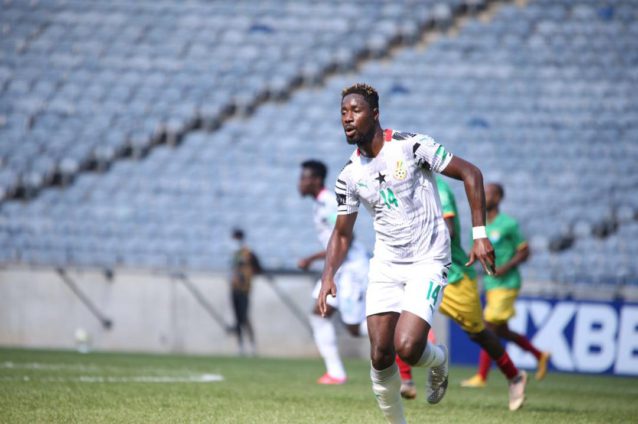 Beitar Jerusalem forward, Richmond Bokye-Yiadom says he is capable of filling in the striking void in the Black Stars created by the absence of Asamoah Gyan.

Ghana has failed to find a direct replacement for the goal-poacher since Gyan was phased out of the Black Stars due to persistent injury concerns.

The last time a striker scored for the national team was over a year ago, with that raising huge concerns over the goal-scoring form of the team.

But Boakye-Yiadom, who was recently given a return to the team by head coach Milovan Rajevac after a three-year absence, believes he can be the player the coach can turn to if we continue to seek a replacement for the veteran striker.

“I know a lot of people have been saying that since Asamoah [Gyan] left, we need a striker. This has been my dream and I want to be one of the strikers who can help Ghana to score goals.

“If we have had Baby Jet, then we have to have Boakye Magic, that is my dream,” he added.

The 28-year-old also revealed that he is working hard enough to ensure that his return to the Black Stars squad is a permanent one unlike previous years when he has been in and out if the team.

“After three years coming back, it wasn’t bad [playing against Ethiopia and South Africa].

I have to keep working hard and be committed to whatever I’m doing at the club side, so that when I have the opportunity to be here I can do what everyone wants me to do,” Boakye-Yiadom concluded.

The forward has five goals in 15 appearances for the Black Stars since making his debut in 2012.