I didn’t love my wife when we got married 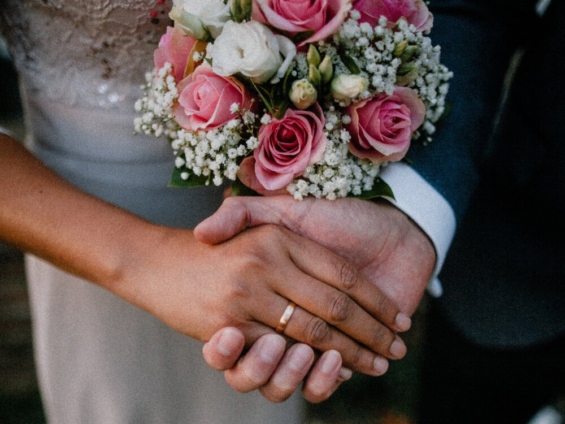 Last week my wife and I celebrated 16 years of marriage. Lots of people gave us “Happy Anniversary” wishes and left comments on our Facebook pages.

Between the two of us we amassed nearly 200 likes on each of our status updates combined.

It was a good day spent with our family. As I thought about it later that evening, I reflected back on our anniversary day a few years ago. That day was not good… at all!

We were both busy. And we were both stressed. I was working to complete some big tasks at work and she had phone calls to return.

I remember that we were irritated with one another and even snapped at each other a few times throughout the day.

We collapsed into bed around midnight that night, and, within minutes, were both sound asleep.

So much for a blissful, romantic anniversary right?

Often, we try to keep the magic of our dating years alive throughout our marriage, all the while missing a very important growth element that must happen.

Your wedding day is a day to be celebrated. Your marriage in the years to follow is a true investment.

Speaking of investment, I didn’t marry my best friend 16 years ago. We weren’t deeply, blissfully in love on that special day either.

That may catch you by surprise and you may be wondering what in the world that has to do with investment.

I’m not a believer in love at first sight. And I don’t get too warm and fuzzy when I see Facebook statuses on people’s anniversaries that say something to the effect of, “So and so many years ago I married my best friend, the love of my life, the rock on which I stand, the wind beneath my wings (this is sounding like a Bette Midler song)!”

I’m not saying any of this is wrong. It’s okay to post these kinds of things on Facebook or Twitter. And if you feel as though you experienced love at first sight, or you did marry your best friend many years ago, that’s perfectly okay. I’m not being cynical, I’m being honest with you.

Sixteen years ago, I did not marry my best friend and when we first met it was not love at first sight.

Today, 16 years later, I am married to my best friend. Back then, I wasn’t. Today, I do have a deep love and respect for this woman I’ve spent all these years with. Back then, I did not.

Why? you ask. Because I didn’t really know her all those years ago. On our wedding day, we had only known each other for a total of 16 months. That’s not very long!

We checked each other out when we first met.

We gave the classic look up and down of one another to survey the goods. Doesn’t every red-blooded human being when they first meet and there’s the attraction?

I say all of this because love is a process. Marriage is an investment that grows over time.

It’s a journey. It’s something that grows through facing trials together and holding on to a commitment you made to one another.

Friendship is the same. It’s not instantaneous, nor does it reach its full depth in just a few months or even after a year.

Love is not a destination to be reached; it’s a journey to go on and give yourself fully to, through good times or bad.

After 16 years, many many fights, lots of mountain-top experiences, some extremely tough and gut-wrenching trials, and blissful moments, I can say, I love my wife more than I ever have before.

And I can honestly say that she’s become my very best friend.

I love her more than anything because she has stood by me through some very tough times. She’s my best friend today because we’ve spent a lifetime with each other.

And, because we can both get crazy-mad at each other, throw things across the room, say things under our breath, storm off and vent, but return to the house we own, forgive one another, and stay married.

Love grows over time. Friendship builds through years of living life together.

Neither can reach their full depth if they are void of strong commitment and devotion. And, neither happens in a few months or even a few years’ time.

It’s a process. It’s a journey.