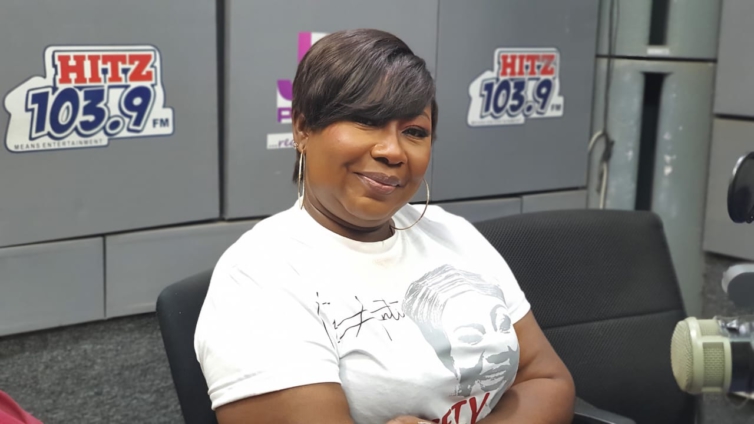 Multiple-award-winning journalist Gifty Anti has responded to the spokesperson of the Education Ministry of Ghana, Mr. Kwasi Kwarteng.

The PRO, in a Facebook post on Wednesday, accused the gender advocate of destroying women with her feminism sermons.

This comes after Gifty Anti asserted that “all men are afraid of a powerful woman.”

According to the staunch feminist, she claims that irrespective of a man’s status, his worst nightmare is a dominant woman.

“All men are afraid of a powerful woman,” she reiterated to Sammy Forson on Daybreak Hitz on Hitz FM on Friday.

The gender advocate went on to say, “You [Sammy Forson] as you sit here, there is some woman in your family that you are afraid of. When she calls or says something, you will be shaking – either your mother, grandmother, aunt, or something.”

Her comments have generated some commentary on social media – one of which was authored by the spokesperson of the Education Ministry, Mr. Kwasi Kwarteng – who accused the feminist of “destroying young women who listened to her feminism sermons in the past.”

In a Facebook post on Wednesday, he said: “This is what you did and destroyed the identity of many young women who followed you religiously but blindly.

“Sadly, you have reduced life to a competition between men and women. In your attempt to help young women find their identity, you erroneously created an impression as if the only thing they need in this world is their career and that life is all about how they can be better than men,” he said.

In response to Mr. Kwarteng’s comments, she said: I don’t respond to people who say things about me on social media. Unless the person has a question for me, then I will respond.”

She continued: “A lot of people say these things and I think what is making this particular one trend is that this person [Mr. Kwasi Kwarteng] is supposed to be from a ministry that is supposed to be pushing the rights of women – pushing women to be interested in education and to be empowered.”

According to the Standpoint show host, such comments about her feminism advocacy and its purported negative impact on women are not new to her.

“It’s not news. I have heard it over and over again,” she said.

She concluded by debunking the notion that women employ the feminism tag as an excuse to be impolite to men.

“People are rude if they are rude. Either men or women. It cuts across. It has nothing to do with gender,” said the decorated feminist.

DISCLAIMER: The Views, Comments, Opinions, Contributions and Statements made by Readers and Contributors on this platform do not necessarily represent the views or policy of Multimedia Group Limited.
Tags:
Feminism
Gender Advocacy
Mr. Kwasi Kwarteng
Oheneyere Gifty Anti