I drove taxi in Cape Coast, did several other jobs to support my family - Former teacher - MyJoyOnline.com

I drove taxi in Cape Coast, did several other jobs to support my family – Former teacher 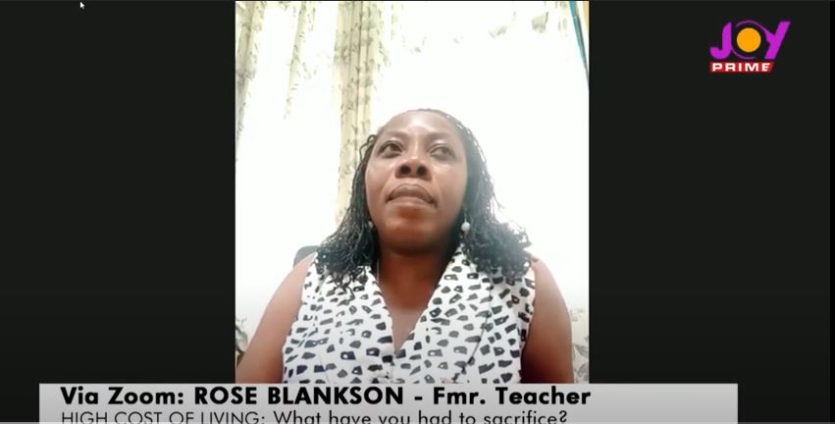 Former teacher, Rose Blankson has revealed how she used to drive a taxi and do other jobs despite being a professional teacher.

She said proceeds from these ventures supplemented her insufficient monthly earnings.

Rose Blankson explained that comparing her salary as a teacher to the things she wants to achieve, she had to engage in other jobs for additional income, and the taxi business proved worthwhile.

“Apart from being in the classroom teaching regularly, most of us teachers were doing extra-classes going to people’s homes to teach children private time. I personally had to support myself by being a taxi driver,” Rose stated.

Adding her voice to the discussion on the Prime Morning Show regarding the cost of living and the sacrifices one has to make to survive, she told Emefa Akosua Adeti that, most teachers had to do extra classes in addition to get extra money, but she had no interest in it hence her decision to start using taxi after school.

“I honestly didn’t enjoy that post-school classes because if I had given you enough in the classroom then why do I have to go the extra mile to keep and teach you more but I was a taxi driver,” she said.

She added that aside from the driving job, she also ventured into entrepreneurship where she prepares and sells fruit juice which has helped her a lot.

“I had to prepare iced-kenkey to sell, I had to do ‘sobolo’, liquid soap and as we speak, I am still into beading. I do beadwork and other things.”

Touching on the current state of the economy, Rose Blankson said, government workers do not earn enough money to take care of their families and charged the government to increase the salaries of all its workers to meet the rising cost of living.

“No civil or public servant in Ghana, speaking truthfully, will say our earnings from the government takes us even to the junction of our homes, not to talk of taking us to our homes. It has never been and I doubt if it will ever be,” she told the host.