I had sworn never to be a pastor – Paapa Korankye Ankrah 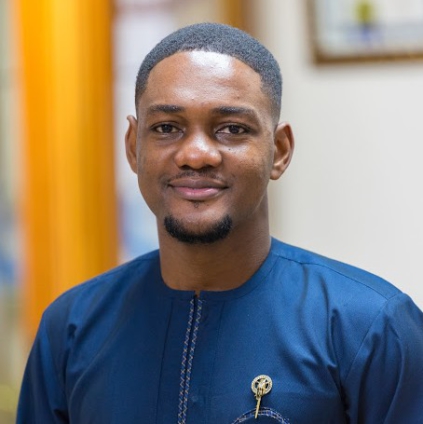 The son of Apostle General Sam Korankye-Ankrah has revealed that contrary to the expectation of many, he never set out to follow in his father’s steps.

Paapa Korankye-Ankrah, a pastor at the Royal House Chapel International said the idea of going into ministry had no place in his career plans when he was growing up.

“I wanted to make money. I knew I would end up in business somehow because I liked the sound of business when I was growing up…so I knew I would be a career man,” he told Edem Knight-Tay, host of Joy FM’s Home Affairs show, on Saturday.

Paapa Korankye-Ankrah was part of a three-person panel on the show who helped to gain perspectives into the topic of parental influence.

“In fact I swore to myself I would never become a pastor,” he added.

According to him, his experiences of having to cope with extremely busy parents, coupled with what he describes as ‘pain and tears’ of his father’s position, influenced his decision not to want to become a man of God.

“It didn’t look attractive,” he said.

Pastor Paapa Korankye-Ankrah recounted how things began to take a different turn after his encounter at a camp meeting in Canada, “where I completely met God for the first time.”

According to him, he began to get more involved in ministry since that experience.

He disclosed that even though his parents never pressured him to follow in their steps, their actions and inactions had a great influence on him.

The man of God said apart from providing for him and his siblings adequately, they instilled in them the love of God.

Paapa Korankye-Ankrah also recounted how important it was for him, to grow up with parents who practised and taught at home, what they preached at church.

DISCLAIMER: The Views, Comments, Opinions, Contributions and Statements made by Readers and Contributors on this platform do not necessarily represent the views or policy of Multimedia Group Limited.
Tags:
Apostle General Sam Korankye Ankrah
Royal House Chapel