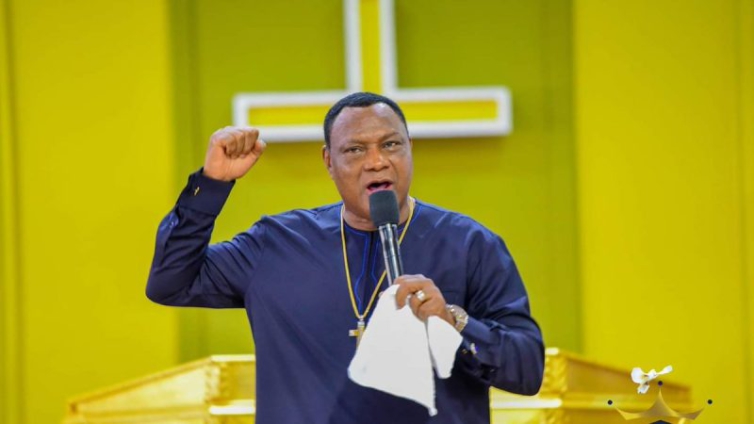 Speaking during a sermon on Sunday, November 1, the apostle noted it is disrespectful to undermine projects undertaken by government because of politics.

“How dare you sit on radio and insult former President Jerry John Rawlings that he hasn’t done anything for Ghana…oh really, in case you don’t know, it is Rawlings who established the University of Development Studies and you know how Rawlings did it, he won a prize of $50,000 and that’s what he used as seed money for it,” he said.

“You sit today and insult a father? Repent Ghana,” he said.

He noted that “former President John Agyekum Kuffour, started the N1 and Professor Mills came to finish it”.

He described as political foolishness the attitude of “once my government didn’t start it, I won’t touch anything that the previous government started.”

Apostle Sam Korankye Ankrah also tasked political leaders to ensure the completion of projects started by their opponents to better the livelihood of the citizens.

The project, he noted is funded by taxpayers money “and not an individual’ so when you come you must finish it for the betterment of our nation”.

The General Overseer also urged the Electoral Commission to work assiduously and ensure the final results of the elections is released early.

According to him, waiting for three days will take too much toll on the citizenry.

“The three days is too much…people sitting on fire [awaiting the outcome of the election]…there’s no calmness in that, we can’t wait for three days.

“If it’s possible when we finish the election, announce the results the following day,” he added.

He also pleaded with those who will emerge losers to accept the results when announced.

DISCLAIMER: The Views, Comments, Opinions, Contributions and Statements made by Readers and Contributors on this platform do not necessarily represent the views or policy of Multimedia Group Limited.
Tags:
Apostle General Sam Korankye Ankrah
Election 2020
Political Commentators