‘I left home so I can take care of my family,’ – A ‘kayayo’ on why she is on the streets 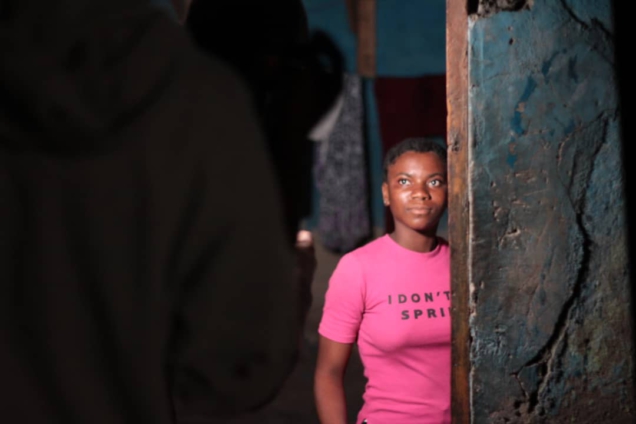 Valentina Roberts, 14, is the characater in a 5-part series by JoyNews highlighting the life and struggles of the Kayayei.

Valentina wanted to be a Teacher. “I wanted to know how it feels like to stand in front of people and talk,” she says. When she left school two years ago, that dream, like that of many other Kayayei in Agbogbloshie, fell on rocks.

Now, she wants to be a seamstress. “I want to buy a sewing machine. When I buy the machine, I can go back and learn,” she says.

Her father, a farmer, has two wives and her mother alone has more than 10 children.

“Taking care of us was a problem. Sometimes, when we go to school, there’s food to eat. That’s why I came here. To work for money so that I can buy a sewing machine and then come back home to learn how to sew clothes,” she says.

At 14, she sends about half of all the money she gets as a Kayayei back home.

“I send money to my parents and family members. I buy soap, smoked fish, sandals, clothes and some other items to support my family back home from this job,” she says.

Valentina is only one of the thousands of girls her age doing Kayayei in Agbogbloshie. Many of them have had to drop out of school in ways similar to that of Valentina. In Old Fadama, Ghana’s largest slum just nearby where they live, sexual harassment and abuse of young girls is common. Many girls, while here, have fallen pregnant because they got raped. Many times, men deny responsibility for the pregnancy.

According to the United Nations Children’s Fund, UNICEF data, 3 out of every ten girls do not complete primary education in Ghana. At least half of that same number do not complete Junior Secondary Education while more than 65 per cent do not complete upper secondary.

Behind these statistics are girls like Valentina, hoping against all the odds that change happens soon.

This is the second of a five-part series by JoyNews shining a light on the life and struggles of Ghana’s human shopping baskets, known locally as Kayaye who mainly come from the five regions of northern Ghana.

DISCLAIMER: The Views, Comments, Opinions, Contributions and Statements made by Readers and Contributors on this platform do not necessarily represent the views or policy of Multimedia Group Limited.
Tags:
Agbogbloshie market
kayayei