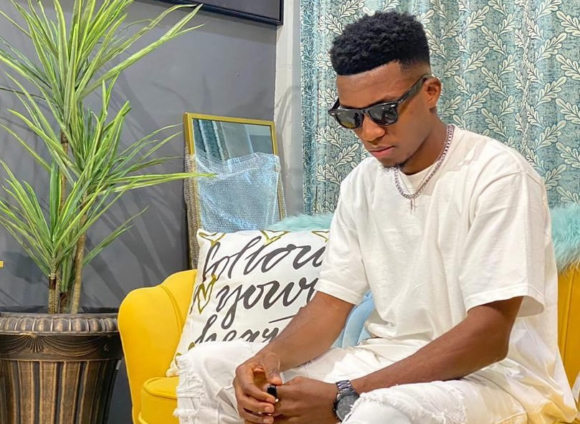 Ghanaian musician Kofi Kinaata has opened up on what goes into the skill of putting together his music.

Known in real life as Martin King Arthur, the singer who has been praised for his captivating lyrics told JoyNews’ Becky that he writes from his heart.

The songwriter explained that “Sometimes when I’m making music, I don’t think about making money or making it commercial. I don’t do music having a ‘certain’ people in mind. I do it from my heart, how I’m feeling and my new single Thy Grace, for instance, is my story.”

He believes the ability to stand out is an essential attribute that makes every artiste uniquely relatable to his/her audience.

“I think that’s the secret. You do stuff that people can relate to. Sometimes I even forget that people have to buy my songs or even dance to them. All I think about is serving people. Most musicians would have second thoughts about creating such songs but I don’t mind.”

Kofi, who hails from the Western Region, is noted for his unique lyricism and freestyles in the Fante dialect which has earned him the name ‘Fante Rap God.’

Apart from his rap prowess, he has grown into a very good singer taking the highlife genre by storm.

The VGMA 2020 Best Songwriter awardee has a plethora of hits to his credit including ‘Behind The Scenes, ‘Things Fall Apart’ and ‘Susuka’.

DISCLAIMER: The Views, Comments, Opinions, Contributions and Statements made by Readers and Contributors on this platform do not necessarily represent the views or policy of Multimedia Group Limited.
Tags:
Heart
Kofi Kinaata
Songwriting