I suffered a miscarriage while carrying twins - Adesua Etomi - MyJoyOnline.com

I suffered a miscarriage while carrying twins – Adesua Etomi 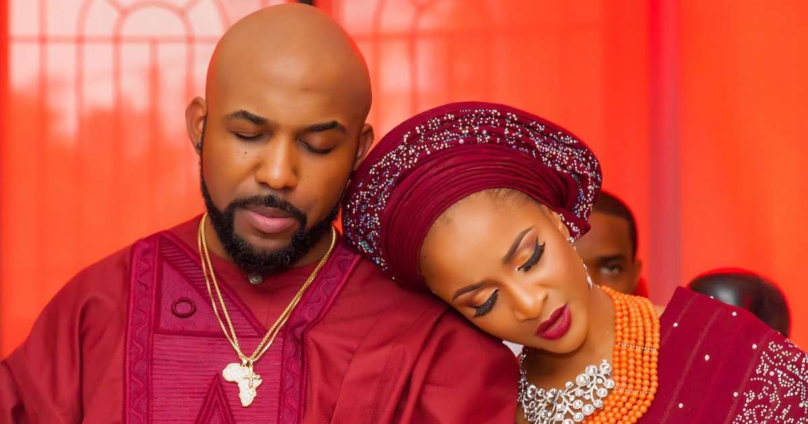 Nigerian actress, Adesua Etomi-Wellington has revealed she was once pregnant with twins but unfortunately, suffered a miscarriage.

Speaking in an interview at The Waterbrook Studio, she said that not many people knew she was pregnant at the time adding she was told her babies were fine at her first appointment.

However, during the second check-up, Adesua said she initially laughed when her doctor had told her she could not find her kids’ heartbeat.

“I looked at the nurse’s face and she looked a bit funny too. I asked what was wrong and she said, ‘Adesua, I am looking for the heartbeat.’ I asked, ‘for two of them?’And she said yes. I am actually not going to lie, I started laughing because it did not make any sense to me.”

“I was like, ‘what do you mean you can’t find the heartbeat of both?’ She said ‘Yes’. Banky was not home at the time, so, I went home and I remember being in our living room. When I was at the hospital I was laughing; I was like ‘God knows’.”

However, after getting home, the weight of what the doctor had said finally hit her, the actress and wife of singer Banky W said.

“When I got home, I literally collapsed on the floor and I wailed. Wailing is not the same thing as crying. Wailing is a deep groaning in your chest. It is like a nut that you cannot get rid of.”

Before they welcomed their new baby, Adesua and Banky W after marriage were faced with constant criticism from strangers on social media on their failure to increase their family.

The actress said going through those times were a struggle for her especially after heading one rumour or another.

“Some said I was barren, some said my husband was impotent or I had done something to my womb. It was very hard, but I am saying this because I promised God that I would and there is nothing anybody can do to make me shut up about the goodness of God.”

“It is funny how we can accept that the other organs might need help; you can get a heart transplant, you can get help with your kidneys, but when it comes to the reproductive organs, it is like a dirty topic nobody wants to talk about. I think it is really important that we talk about it.

Mrs Wellington, who usually keeps her private life from the eyes of the public, said that although she had not wanted to initially open up on her experience, she appreciates the struggle other women go through every time to conceive.

“I want to give a shout out to every single woman that has gone through IVF. I know what you have gone through. I have veins in my hand that no longer work; they are so traumatized that you cannot get blood out of them. IVF is a very tasking thing ― emotionally and physically on your body, mentally it is very tough.”