‘I was never credited for writing Sista Afia’s songs’ – Ayesem 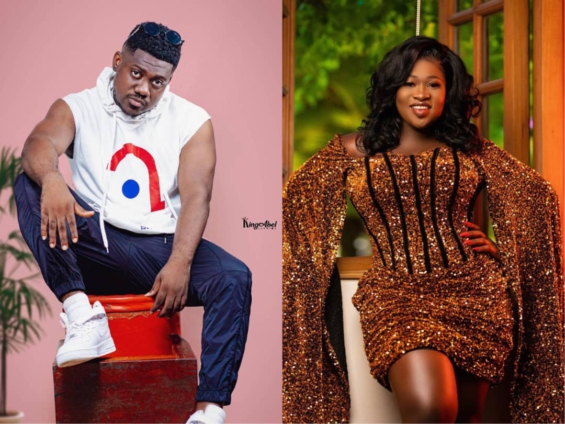 Rapper Ayesem says singer Sista Afia failed to acknowledge him for the songs he wrote for her.

He alleged that he wrote five songs for the Jeje hitmaker, including her diss track to rapper Freda Rhymz, You Got Nerves, but he never got the credit.

Although Ayesem was not recognized formally by the singer for the rapper’s pen game on You Got Nerves, the truth was eventually uncovered — and that woefully caused a rift between Ayesem and Medikal. This was because a cross-section of the public presumed Ayesem was dissing Medikal, under the guise of Sista Afia’s vocals.

Irrespective of Ayesem’s efforts and the success of the songs he wrote for her, he claimed Sista Afia “never picked up a phone to call me to say ‘thank you’,” he told KMJ.

Subsequently, out of the Koti hitmaker’s admiration for Sista Afia, he later decided to give out some additional songs he had written to the singer for free, but he had a change of heart because he felt his gesture would go “unappreciated.”

Meanwhile, the rapper claimed he refused to confront the Weather hitmaker about the matter due to the relationship he had with her.

“I decided not to talk about this whole thing because I felt she was a sister,” said Ayesem. “I like Sista Afia because of her voice. She is powerful when it comes to singing. I liked her from day one so I just wanted to support her,” he averred.

Sista Afia is yet to respond to Ayesem’s claims.