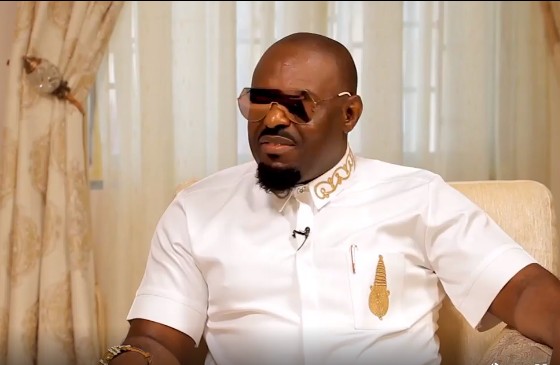 Nigerian actor Jim Iyke has revealed he and some of his colleagues were once banned from acting in the movie industry.

According to him, this is because he expressed the need for producers and directors to start paying actors their worth.

Speaking at the 2022 International Youth Empowerment Summit, Jim Iyke noted that during that period, actors’ influence was pushing the sales of movies high, but it did not reflect in their pockets.

The producers, he said, were rather fattening their bank accounts and hence they demanded the actors be paid more than they were receiving.

But, “we got banned because they said I engineered and orchestrated a group that was asking for too much money. Isn’t that ridiculous,” Jim Iyke asked.

“So apparently, our producers were becoming multimillionaires and our actors were struggling, so I called a group and I said we need to change this structure,” he continued.

The celebrated actor stated that he believed without the actors, the producers cannot exist. He explained that the actors are the faces of the industry and thus there needed to be a balance in the payments of producers and actors.

“Why is the gab so distant, why is there a total disconnect in the wealth appraisal between us and them? So I said everyone should start asking for more money. They got together and banned me for two years,” Jim Iyke stated.

He continued, “when they banned us for two years, they brought in a new crop of actors to take our place.”

Jim Iyke revealed that the new actors however could not make the same mark as they did especially since they did not have such huge influence on the audience.

“They could not make the one million sales and two million sales we were making at a snap with our movies. So they came back to bring us back,” Jim Iyke added.

Advising the youth present at the event, he stated that it is important that they believe in themselves.

Using himself as an example, Jim revealed that for the first three years in the industry, he could not book a major role and refused to star in many of the minor roles offered him.

“Three years for a guy that just left home is a long time to be broke. At some point you would bend, you would compromise, but my self-value was way too high, it wasn’t about money.”

“I just knew that this is the standard I had set and I wasn’t going to relent, not for anybody not even for myself. So no matter what I was going through, it was just a question of time. The overriding factor is your total belief in yourself,” he advised.

DISCLAIMER: The Views, Comments, Opinions, Contributions and Statements made by Readers and Contributors on this platform do not necessarily represent the views or policy of Multimedia Group Limited.
Tags:
International Youth Empowerment Summit
Jim Iyke