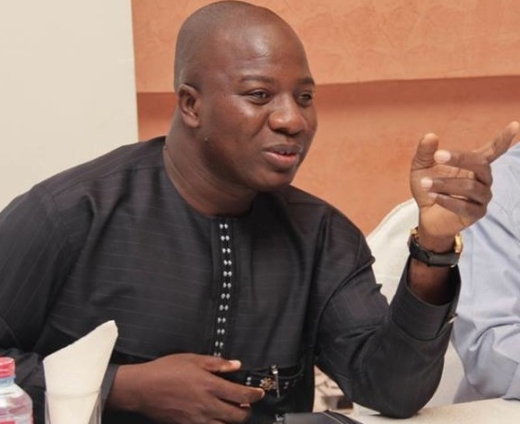 The Bawku Central MP, Mahama Ayariga has threatened to vote against ministerial appointees set to appear before the Appointments Committee, Wednesday, for vetting.

According to him, his decision to vote “No” stems from appointing authorities failure to present to the Committee some handing over notes as mandated by the constitution.

“Parliament means the 275 members and not the building standing there. So when you present a document and hide it in the corner of the building, then you say you have given it to Parliament.

“You have only given it to Parliament if you give it to the Speaker, then the Speaker communicates to the rest of the house that these documents are here and makes arrangements for everybody to have copies of the document.

“It is my right to have it. Once the law says that Parliament should have it, whoever is responsible should make the arrangements to ensure I have it,” he said.

The member of the Appointments Committee in a statement sighted by Joy News stated that he would rescind his decision only if the handing over notes as enshrined in the law is presented to Parliament for scrutiny.

“If this does not happen, I hereby inform the Chairman to record my votes on the nominees appearing before the Committee today as NO for both nominees,” he stated.

The Bawku Central MP who spoke to Super Morning Show host, Kojo Yankson on Wednesday morning said First Deputy Speaker Joseph Osei Owusu has failed in his responsibility as Chairman of the Committee.

“He as Chairman of the Committee, I thought will be making it easy for everybody including the nominees but it looks like he is deliberately trying to make it impossible for the nominees by adopting the posture that he is adopting.

“I am sitting here with my vote and I am saying this is the condition under which I am going to give you the vote and you are telling me I cannot say that,” he stated.

He disclosed that some handing over notes for ministries such as Defence, Education and Interior have been provided while others have been withheld.

“Why is that you give me the handing over notes for Education, Defence, Interior and I cannot get that for Health? What is so special about Health and National Security?” he quizzed.

In addition, he said the failure to present to the committee the comprehensive reports of past ministers stifles the legislators to be genuine since crosschecks cannot be carried out.

This act according to him, cannot be tolerated especially in such dispensation of Ghana’s growing democracy.

“It is high time we take our sacred constitutional duties seriously so that those who are appearing before us may consider us serious,” he noted.

The vetting process by the Committee which is expected to last about three months commences from February 10 to Tuesday, March 9, 2021.

DISCLAIMER: The Views, Comments, Opinions, Contributions and Statements made by Readers and Contributors on this platform do not necessarily represent the views or policy of Multimedia Group Limited.
Tags:
Appointments Committee
Mahama Ayariga