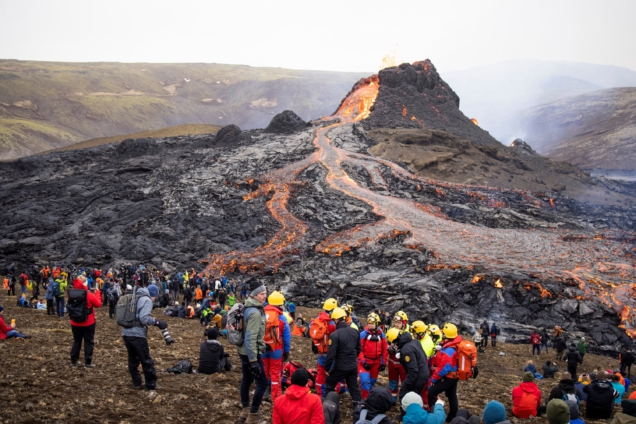 Thousands have flocked to a volcano in Iceland which erupted near the capital, Reykjavik.

Lava started to burst through a crack in Mount Fagradalsfjall on Friday evening, in the first eruption of its kind in more than 800 years.

The site was initially blocked off, but from Saturday afternoon people were allowed to make the trek.

“It smells pretty bad. For me what was surprising was the colours of the orange: much, much deeper than what one would expect,” he added.

Scientists at the foot of the volcano were filmed cooking sausages on its lava as they studied the eruption.

Icelanders had been bracing themselves for an eruption for several weeks, after the island nation recorded more than 50,000 recent earthquakes.

Around 300,000 cubic metres (10.5 million cubic feet) of lava have poured out, experts say, but the eruption is deemed to be relatively small and controlled.

By Monday, the site was blocked again due to high levels of gas pollution.