IEA reacts to State of the Nation Address - MyJoyOnline.com

IEA reacts to State of the Nation Address 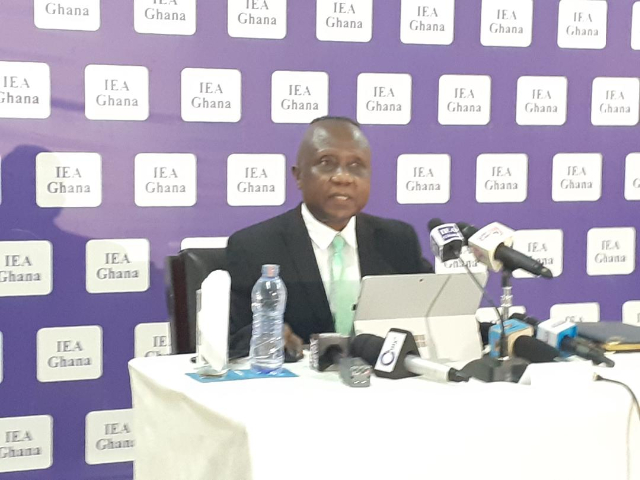 The Director of Research at the Institute of Economic Affairs (IEA), Dr John K. Kwakye on Tuesday said in spite of the economic gains chalked by the country over the past year, there are still high widespread feeling of economic hardships.

He said the banking sector crisis that affected many banking staff and the populace were still issues that continued to affect the lives of the people.

He explained that the prevailing economic hardship was also due to the ongoing fiscal consolidation policy, which constrained government spending with “unpalatable rippling effects in the economy and the financial crisis associated with labour retrenchments, pay cuts and delay payments”.

He was reacting to issues of the economy at a News briefing in Accra.

Dr Kwakye referred to President Akufo-Addo’s assertion of his government inheriting an unhealthy, depressed and destabilised economy and had in the last three years, returned the economy to growth and stability.

This, according to the President was as a result of the implementation of a fiscal consolidation policy under the extended IMF programme, supported by the passage of and adherence to a Fiscal Responsibility Law that limited the deficit at five per cent.

Dr Kwakye agreed that “Ghana has the potential to grow at a higher rate, if we can tap our vast natural resource wealth and utilise the human resource capacities, including; leveraging the demographic dividend of the youth”.

On education, he said even though the free Senior High School policy had opened access to school for many students, the key concerns was how to balance quantity against quality, because of the large number of intakes.

According to him, some Ghanaians still believed that some kind of “means-testing” should have been used such that parents who were financially capable could pay for their wards fees.

He said while government did not spend enough on physical infrastructure, it spent a lot on human capital, including; the free Teacher Trainee Allowance, Nursing Training Allowances and the Nation Building Corps (NABCO).