If you cannot do the job, leave – SIGA boss tells CEOs of State-owned Enterprises 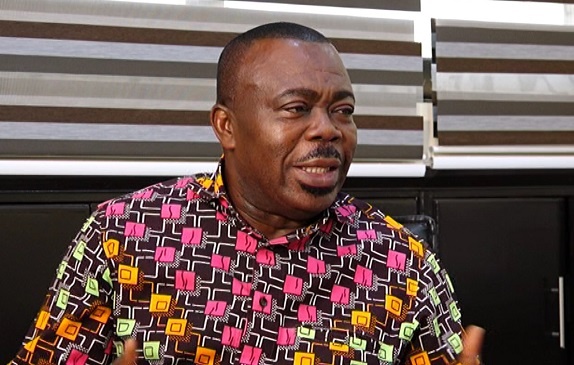 The Director General of the State Interest and Governance Authority (SIGA), Stephen Asamoah Boateng, has expressed his disappointment in the conduct of some CEOs of State-owned Enterprises (SoEs) who failed to show up for a workshop.

This is an event to deliberate on a draft code of corporate governance for Enterprises.

Mr Asamoah Boateng, who admitted the event was streaming online, said it was still not enough that just a third of the participants had shown up.

Finance Minister Ken Ofori-Atta in July this year revealed that 47 SOEs had failed to file their annual financial statements to the Finance Ministry in accordance with the law.

This was at an event to sign a performance contract with the CEOs as he revealed that at the end of 2019, a net loss of ¢586.4 million had been recorded.

Mr. Stephen Asamoah Boateng raised this matter again during his opening speech at the workshop. He insisted that indiscipline and a lack of commitment are partly to blame for the situation.

“If we’ve been entrusted to do a job, just put your brains to it, put your commitment to it and do it. If you cannot do it, ask permission and leave. Somebody is prepared to do the job”, he said.

The former Mfantsiman West MP insisted the document to be discussed was very crucial to turning the fortunes of the SOEs.

He recounted previous instances where he had consulted some CEOs on the law setting up SIGA.

The SIGA boss revealed that it equally received little attention yet the CEOs expressed surprise at its contents when it was almost passed.

He said workshops such as this prevents such surprises. Finally, when approved, he revealed that the proposed code will impose sanctions on non-performing individuals and entities.

DISCLAIMER: The Views, Comments, Opinions, Contributions and Statements made by Readers and Contributors on this platform do not necessarily represent the views or policy of Multimedia Group Limited.
Tags:
SIGA
State Interest and Governance Authority
Stephen Asamoah Boateng