I'll find it difficult to say anywhere that Akufo-Addo has been better than Mahama - Sulemana Braimah - MyJoyOnline.com 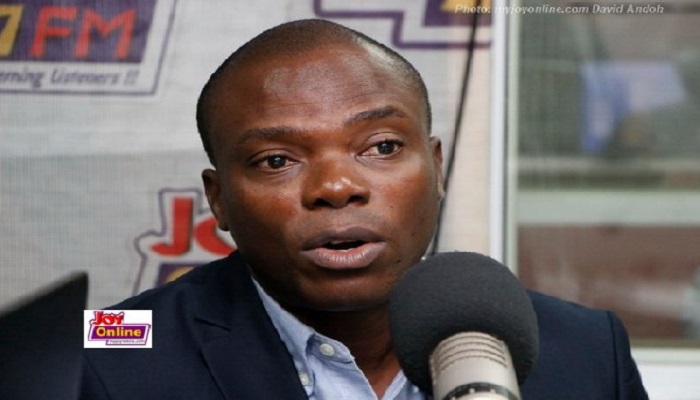 The Executive Director of the Media Foundation for West Africa (MFWA), Sulemana Braimah, has expressed his disappointment in President Akufo-Addo.

According to him, Akufo-Addo has failed to live up to the lofty expectations Ghanaians had about him, prior to becoming President.

Speaking in an interview with Blessed Sogah on the newspaper review on the AM Show on Monday, he stated that even though Ghanaians had issues with former President John Manama, he will still tip the former President over President Akufo-Addo.

The MFWA boss added that, ” I’ll find it difficult to say anywhere that President Akufo-Addo has been a better leader than President Mahama”.

Sulemana Braimah further lamented that, despite Ghana’s immense potentials, it is plagued with poor leadership which accounts for the setbacks in the country’s development.

He therefore called for a collective change in the attitude of citizens, as well as a transformation on the country’s leadership front.

Mr Braimah made these remarks, while contributing to discussions on recent array of issues confronting the country. The issues included the floods that occurred in Accra over the weekend, as well as the lurking security threats in the sub-region.

Concerning threat of terrorists invasion in Ghana, the National Security Ministry has assured Ghanaians that there is nothing to fear amidst the growing terrorism threats.

According to the Deputy National Security Coordinator, Edward Asomani, the Ministry is on top of the situation.

Addressing a press briefing on Sunday, he stated that, the Ministry will do whatever it takes to ensure the nation’s security is not compromised in any way.

According to him, the country has robust security and intelligence architecture to deal with such matters. Adding that, the security agencies cannot function properly without the support and cooperation of the populace.

With this, he charged all Ghanaians to be on the lookout for suspicious characters and report them to the security agencies for the necessary action.

“We are a proud people with robust security and intelligence architecture, but it is not complete when Ghanaians are not on board with us.

That is why we are here today to seek the support of all Ghanaians. We are not panicking, we are on top of the situation, but we need the help of everybody in our jurisdiction”, he stressed.

Meanwhile, as part of efforts to enhance the country’s security preparedness, the National Security Ministry on Sunday, also hinted that it will launch a campaign on May 24, to assist Ghanaians in reporting possible terror attacks.

The campaign is dubbed “See something, say something”.

The National Security Minister, Albert Kan-Dapaah, has also charged Ghanaians to be vigilant in the wake of increased terrorist attacks in the sub-region.

According to him, the activities of terrorists have become prevalent in recent times, and therefore the need for all citizens to pay closer attention to their ‘personal and communal security”.