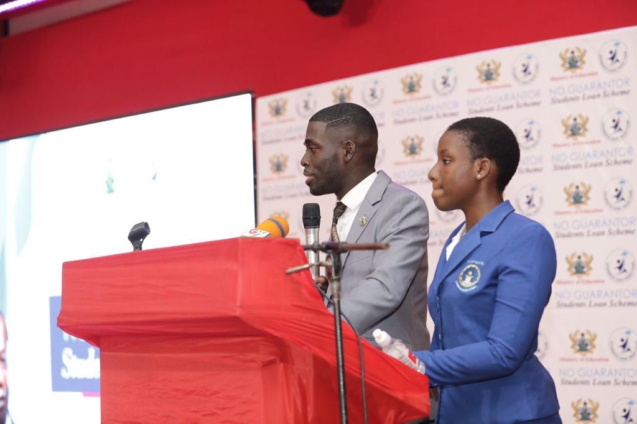 The President of the National Union of Ghana Students (NUGS), Dennis Appiah Larbi-Ampofo, has called on government to include funding of the Students Loan Trust Fund (SLTF) in the 2022 mid-year budget review.

According to him, the ‘no guarantor’ policy – since its launch – has increased the number of applications received this year by the Fund.

However, the SLTF has not been able to make disbursements to these applicants and beneficiaries, adding that there are no traces of the policy in the budget.

“The introduction of the no guarantor policy is a commendable step taken by the government and we applaud them for that.

“The policy has, however, led to the increase in application and expected disbursement.

“This is why we believe the government must make funds available to SLTF to be disbursed to our students to take care of our various needs,” he said.

He said this in an interview on Asempa FM’s Ekosii Sen on Tuesday, July 19.

Dennis Larbi-Ampofo stressed that government must pay critical attention to the Fund since there are limited scholarship opportunities for students.

He argued that, currently, it is only the Students Loan Trust Fund that is serving majority of students without access to government scholarships.

The NUGS President believes adequate funding of the SLTF will help promote equity in the disbursements of funds to both vulnerable and privileged students across tertiary institutions.

The Finance Minister, Ken Ofori-Atta, is expected to deliver the 2022 mid-year budget review on Monday, July 25, 2022.

Mr Ofori-Atta was scheduled to give an update on the first-half year revenue and expenditure estimates on Wednesday, July 13, but the date was changed due to government’s negotiations with the International Monetary Fund (IMF) for economic support.

The postponement of the presentation is expected to allow government to, possibly, make some recommendations to the budget after the conclusion of the discussions with the visiting IMF team.