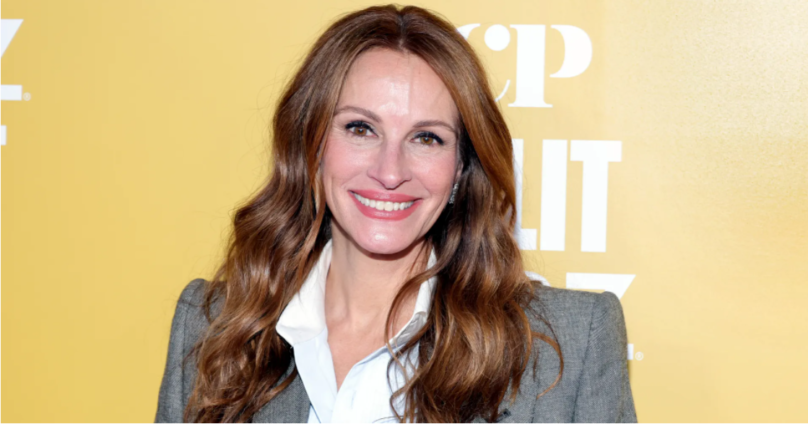 The main residence of Julia Roberts and her family is in Malibu.Photo: Theo Wargo/Getty Images for STARZ

Fans have been watching Julia Roberts and her megawatt smile light up movie screens across the U.S. and beyond for decades now.

And during her storied career, the A-list actor has bought and sold properties in New York City; San Francisco; Taos, New Mexico; in the Hawaiian islands Maui and Kauai; and many other places. The Steel Magnolias star is notoriously private about her personal life, so it’s likely that she and her husband Danny Moder own more properties than what is known to the general public.

Still, the homes that fans are privy to reveal an eclectic and elevated aesthetic, not unlike Roberts’s prolific movie career. Below are just a few of the places that the Hollywood icon has called home.

When Roberts was engaged to Kiefer Sutherland back in 1990, the pair purchased an idyllic lakeside property in Whitefish, Montana, known as Goldenbear Ranch. It was reportedly built as a wedding gift to Roberts from Sutherland, but they called it quits on their relationship just two years later and never made it down the aisle. It’s unknown how long the couple retained the ranch, but the place was listed in 2016 after undergoing extensive renovations by the then owners. At the time of the listing, the property measured 5.5 acres and included a rustic five-bedroom home, a nine-hole disc golf course, a deepwater dock, a pebble beach, a two-bedroom guesthouse, and a boathouse with a full kitchen and rooftop terrace.

Roberts then purchased a penthouse in New York City’s exclusive Gramercy Park neighborhood, which she ended up renting out. Though not much is known about the unit, listings reveal that the building was constructed in the early 1900s and renovated in the 1980s. According to StreetEasy, all units have high ceilings and airy, loft-like spaces, and most have wood-burning fireplaces, as well as unmatched views of and access to Gramercy Park, the city’s only private park.

One of Roberts’s most well-known homes is her sprawling ranch in Taos, New Mexico. The Erin Brockovich actor bought the 32-acre property, located near the community of Arroyo Seco, sometime in the ’90s and has maintained it as a second home ever since. Though it is unclear how much she paid for the land back in the day, Forbes reported that the ranch was worth about $2.5 million in 2008, meaning it is likely worth many times that now. Roberts’s Taos ranch is probably best known as the spot where she and Moder got married on July 4, 2002. The couple and their three kids often spend time in the Southwest, and locals apparently bump into Roberts at the grocery store and Target rather frequently. And fun fact: Roberts bought the home from none other than former Secretary of Defense Donald Rumsfeld.

Roberts and Moder purchased their first of several Malibu properties a year after their wedding. Their first impressive compound in the seaside city is perched atop a bluff overlooking the Pacific, and it cost the newlyweds $9.5 million. Aerial photos of the home show multiple buildings connected by a brick-laid motor court, an inner courtyard, and wide grassy lawns, with plenty of decks and shaded outdoor spaces. There are also reportedly numerous solar panels that help to power the eco-friendly home and a secluded beach just a short walk away. The family uses this spot as their primary home.

A few years later, the couple established roots on the East Coast with the purchase of a three-bedroom, three-bathroom, $3.845-million penthouse in NYC’s Greenwich Village neighborhood. Though details of the unit are scant, what is known is that it features a spacious terrace with stunning views of the city and a wood-burning fireplace in the living room. The couple held onto the Greenwich Village home for about five years before listing it for $4.5 million in 2015. It sold for $5.35 million that same year.

Roberts and Moder next set their sights on Hawaii, purchasing a $13-million parcel of land offering more than 200 feet of beach along Kauai’s Hanalei Bay. The two-acre property was historically part of a sugar plantation. The five-bedroom main house measured about 3,800 square feet and was originally built in the 1940s, with views of both the sea and the mountains. Images from inside the home reveal wood-beamed ceilings and large picture windows, with plenty of covered outdoor areas for enjoying the ocean breeze. The couple listed the property for $29.85 million in 2015, but after failing to secure a buyer, they lowered the asking price substantially to $19.5 million. They ultimately sold it for $16.2 million in 2016.

The same year they sold their Hawaii estate, Roberts and Moder added to their Malibu holdings with the purchase of a three-bedroom and two-bathroom home right across the street from their main Malibu compound. At the time, there were conflicting reports about how much the couple paid for the property, but suffice it to say that they put down around $7 million for the pad. The deal happened off-market and through a trust, so not much is known about the ranch-style house except that it sits on approximately one acre and features gardens and a riding ring. They quietly sold the property for $8 million in 2020.

The next year, the couple snapped up a three-bedroom, one-bathroom cottage on Malibu’s Point Dume for $3.9 million. The property was considerably more modest than either of their other two Malibu homes, but speculation was that the pair purchased it as an investment property.

Just before the pandemic, Roberts and Moder caused a buzz when they bought a century-old Victorian-style home in San Francisco for $8.3 million. The property was designed by Sylvain Schnaittacher and was later renovated by John Wheatman, and it measures approximately 6,200 square feet, with five bedrooms and four bathrooms spread out across five floors. There are brick fireplaces, built-in shelves, coffered ceilings, and bay windows of course. The kitchen features olive-colored custom cabinetry and a long banquette-style breakfast bar. The top floor, where the main suite is located, boasts a skylight that lets in plenty of natural light, perfect for a couple who has clearly sought sunshine in every home they own.