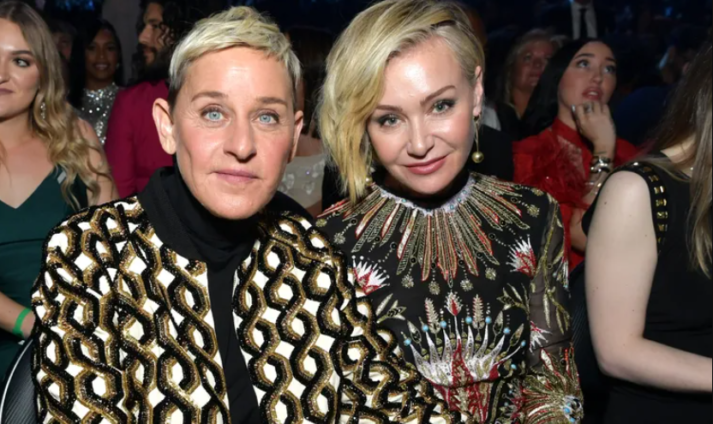 After purchasing another spare Montecito property just last month for $21 million, Ellen DeGeneres and Portia de Rossi have successfully sold the home they bought in the area this past September for $12 million.

Fully renovated and modernized when they purchased it, the $13.5 million represents a rather tidy profit, though it is $400,000 less than they listed the home for in late January.

The sprawling 4,780 square-foot home is perfectly suited to the coastal town, with contemporary interiors and a pared down spanish-style exterior with white stucco walls, a terracotta-tiled roof, and black-paned large windows.

Inside, those windows bring in plenty of light, especially in the living area which is surrounded by them on both sides, while the nearby all-black kitchen is decidedly moody.

Touches of marble add to the chic earthiness of the home, and numerous distinct outdoor spaces allow opportunities to enjoy the natural beauty of the locale and the thoughtful landscaping that features drought resistant grasses and olive trees.

With just three bedrooms and four bathrooms, much of the home is dedicated to entertaining space which continues into the backyard, with an al fresco dining area, a lounge space surrounding a fire pit, and a barbecue station.

The primary suite takes another large chunk of that square footage, flaunting two walk-in closets and a decadent sky lit bathroom with dual vanities, a soaking tub, a large standing shower, and an outdoor shower, too. Earth tones create a warmth in the space, which is otherwise all black and white.