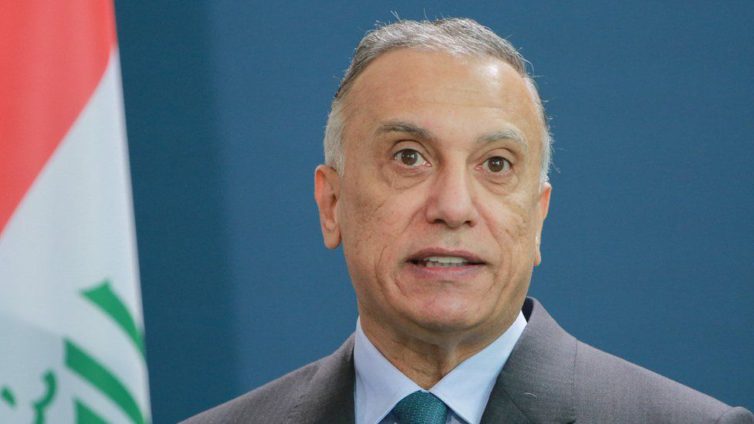 Iraqi Prime Minister Mustafa al-Kadhimi has said he escaped unhurt after a drone attack on his home inside Baghdad’s high-security Green Zone.

A drone laden with explosives struck the building, injuring six of his bodyguards in an apparent assassination attempt, officials said.

Mr Kadhimi called for “calm and restraint from everyone”.

The attack, which comes after violent unrest over recent election results, was condemned by both the US and Iran.

Security sources say three drones were used in the attack, launched from near Republic Bridge on the River Tigris, but two were shot down.

No-one has said they carried out the attack, in an area of the city housing many government buildings and foreign embassies.

Images published by Iraqi media show damage to parts of the residence as well as an SUV vehicle parked in a garage.

“It’s premature now to say who carried out the attack,” the official was quoted as saying. “We’re checking our intelligence reports and waiting for initial investigation results to point the finger at perpetrators.”

Commercial drones fitted with explosive were used by the Islamic State militant group when it held parts of northern Iraq, notably during the battle for Mosul in 2017.

Mr al-Kadhimi, a former intelligence chief, was sworn into office in May last year.

In recent weeks, supporters of Iran-aligned political groups have staged demonstrations near the Green Zone.

They have been protesting against the results of last month’s general election, which they say had voting irregularities.

More than 100 people were injured during violent clashes with security forces this week.

DISCLAIMER: The Views, Comments, Opinions, Contributions and Statements made by Readers and Contributors on this platform do not necessarily represent the views or policy of Multimedia Group Limited.
Tags:
Drone attack
Iraq Prime Minister
Mustafa al-Kadhimi