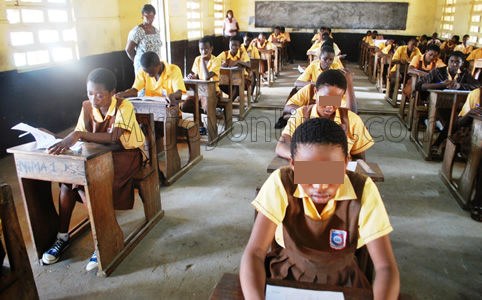 The Executive Secretary of the National Council for Curriculum and Assessment (NaCCA) has said the Basic Education Certificate Examination (BECE) has outlived its usefulness and will soon be scrapped from the educational system.

According to him, there is enough evidence to support the need to introduce a new approach to testing the quality of teaching that pupils receive rather than the main qualification exam for entry into Senior High School (SHS).

Dr Armah who was vocal on scrapping the exam in the past said he is happy to have the opportunity to make an input.

Executive Secretary of the National Council for Curriculum and Assessment, Dr Prince Armah

“The nomenclature called BECE will be scrapped totally…an exam will be used to do placements going forward. A criterion reference system will be used as BECE has outlived its usefulness in this country,” he said on Accra-based Starr FM, Thursday.

The educationist said although there will be an examination to determine how students qualify to the next level, it is nothing like BECE in its current form.

He is worried that a BECE graduate is not able to demonstrate certain competencies.

“At primary 2 the children will write the National Assessment Test so we can tell their strengths and weaknesses. When we identify the learning gaps the teachers will have to give such children special attention.

“Every Ghanaian child would write an end of term exams…the precious curriculum is what we describe as the objectivism curriculum. It focused more on what the teacher must achieve. This one focuses on what the children should know,” he explained.

Dr Armah disclosed that soon the sector will have a Criterion Reference Assessment System where the scores will be generated based on standard, which is lacking in the current system.

Again, he doesn’t understand why anyone will be calling an examination at the mid-year of secondary school as basic education when it has been extended to SHS.

Meanwhile, the Ghana Education Service (GES) which is responsible for the management of basic and secondary education in Ghana says there is no plan at the moment to scrap BECE.

Director General of the Service, Prof Kwasi Opoku Amankwa, explained that they are yet to start the implementation of the new curricula for JHS and SHS.

“When we start that then look at the new assessment frame for that…once we operationalise it to the SHS level, there will obviously be a new system of assessment that confirms with the new standard based curriculum,” he said.

Prof Amankwah said the GES is hopeful that by the time the current primary 6 students progress to JHS Form 1, the new curriculum would have been developed and the new assessment will be used in JHS Form 3.

“But come the next three years, BECE will be BECE because they are still using the old curriculum,” he stated.

The argument has taken centre stage as a new curriculum is rolled out by government next month.