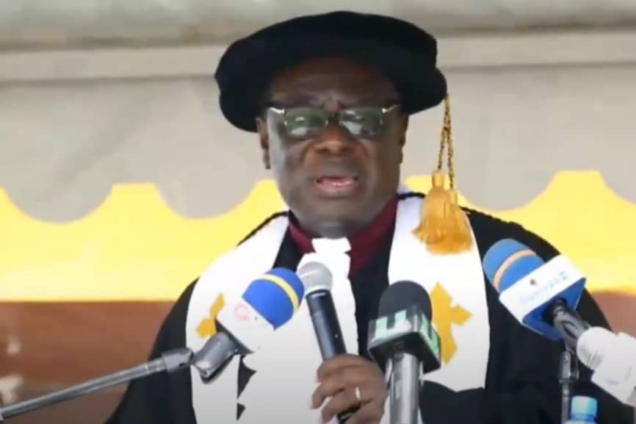 The Chairman of the Christian Council of Ghana, Rt. Rev. Prof Joseph Obiri Yeboah Mantey, has urged Ghanaians to minimise their negative comments about the present economic crisis.

Speaking at an event to climax the centenary celebration of the Asante Presbytery, he said the consistent negativity about the economy, does not augur well for the country.

Addressing the gathering in Kumasi, he explained that the gloomy public narratives about the economy dampens the confidence of investors, leading to a decline in the inflow of foreign investments.

Reiterating the President’s earlier call for citizens to stop the negative speculations about the economy and how hard life has become, he stressed that the rampant lamentation over the state of the economy must be reduced.

“One thing I ask from Ghanaians is that, when things are not going well, there’s a place we say it. But for us to parade and muddy our image as Ghanaians in the media is not good. The more we speak negatively about our country, the more the prices of things will go up. Because there’s no investor who’ll take you seriously. That’s the message somebody put across the other day and said ‘sika mpɛ dede'”, he said.

The reverend minister added, “Ghana has become very difficult. But I also know that the whole world has become very difficult. I know that Ghana is also affected, but a lot Ghanaians are not enlightened to know that there’s a serious world crisis. It’s a fact that some people don’t want to believe. Because in Ghana, everything is politicised. It’s all about the opposition ridiculing the incumbent for political capital. We must do away with that kind of politics. At least for those of us who’re educated, it doesn’t convince us”.

While urging Ghanaians to tone down on their public outcries, he also added his voice to calls for government to take the necessary actions to resolve the prevailing economic crisis.

The comments by the Chairman of the Christian Council come in the wake of recent public agitations about the current state of the economy.

A recent manifestation of these agitations was seen in the hundreds of citizens who massed up to participate in last Saturday’s ‘Ku Me Preko Reloaded’ demonstration in Accra.

According to the protesters, President Akufo-Addo must resign over his inability to address the prevailing economic challenges.

At the moment, Ghana’s economy is experiencing a historic decline with a ballooning debt stock, rising inflation and consistent depreciation of the Cedi amongst others.

Meanwhile, government has assured that it is working around the clock to turn the fortunes of the country around.

DISCLAIMER: The Views, Comments, Opinions, Contributions and Statements made by Readers and Contributors on this platform do not necessarily represent the views or policy of Multimedia Group Limited.
Tags:
Akufo-Addo
Christian Council of Ghana
Economy
Rt. Rev. Prof Joseph Obiri Yeboah Mantey