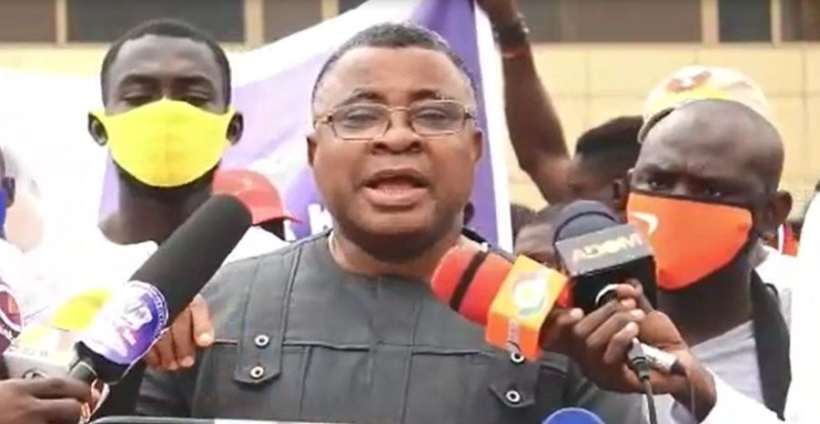 Akwasi Amofa-Agyemang announced his decision to go independent at Bekwai

A failed New Patriotic Party (NPP) parliamentary hopeful for Bekwai has announced his bid to contest the upcoming December elections as an independent candidate.

Akwasi Amofa-Agyemang, a private legal practitioner who was disqualified from contesting the June primaries of the ruling NPP made his intentions public at a press conference in Bekwai.

The lawyer’s disqualification paved the way for incumbent MP, Joseph Osei-Owusu, who is also the First Deputy Speaker of Parliament to go unopposed.

He told a news conference, Tuesday that he has received numerous calls to go independent t following his disqualification.

According to him, some electorates have vowed not to register for the ongoing voter registration exercise, hence his decision to go solo.

His independent candidature, he says, will address the issue of apathy among his teeming supporters who have vowed not to take part in elections.

This Mr Amofa-Agyemang explained, can help him win the seat for the NPP as an independent candidate.

He revealed going round the constituency, he has observed the ground is fertile for his victory.

This is the second time in 16-years a losing NPP parliamentary hopeful is contesting as an independent candidate.

The incumbent MP, then former DVLA boss breached party constitution by going independent after losing to the then MP for the area and Deputy Minister of Fisheries, Kofi Opoku-Adusei in 2008.

Though Mr. Osei-Wusu was subsequently expelled  after he launched his campaign in Ofoase Kokoben, he won the Bekwai parliamentary seat and later rejoined the NPP.

It is not clear if Mr. Amofa-Agyemang has the weight to pull a surprise as  his main contender, Joe Osei-Wusu did in 2008.