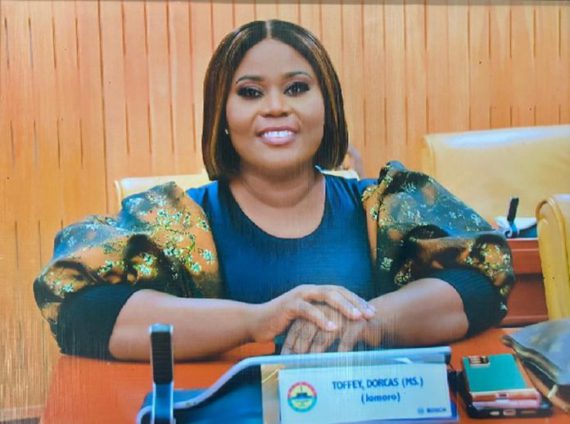 Embattled Member of Parliament for Jomoro, Dorcas Affo-Toffey, has reacted to a court warrant on Tuesday, December 7, 2021, ordering her arrest.

In a statement posted on her official social media handles, she recalled her electoral victory a year ago by thanking the electorate for electing her.

She used the opportunity to accuse some people she described as detractors, of using different avenues to come after her.

She added that accusations that she was not a Ghanaian were all ‘politics.’

“Today, the same people who walked the same campuses in Nzema – Jomoro – Ellembelle with me, and got fed and supported by my very self and my family stand against me in court with a claim that I am not a Ghanaian, all in the name of politics.

“Before then, immediately I was confirmed MP-Elect, I was physically attacked at my residence in Bonyere by these same people,” she said.