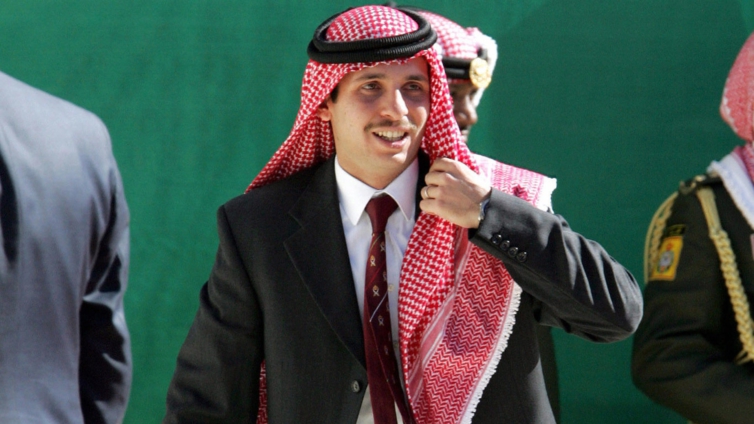 Prince Hamzah bin al-Hussein announced Sunday that he is relinquishing his royal title in protest – a stunning new twist in a family feud that has included allegations of corruption, a house arrest, and power struggles.

In a statement posted to Twitter, Hamzah wrote: “Following what I have witnessed in recent years, I have come to the conclusion that my personal convictions which my father instilled in me, and which I tried hard in my life to adhere to, are not in line with the approaches, trends and modern methods of our institutions.”

“From the matter of honesty to God and conscience, I see nothing but to transcend and abandon the title of prince. I had the great honor of serving my beloved country and my dear people over the years of my life.”

“I will remain as I have always been and as long as I live,” the letter concluded, “loyal to our beloved Jordan.”

His protest of how the country is being run comes on the heels of a public apology to his half-brother, the king, which had been seen as a sign that the battle between the two was dying down. It remains unclear how Hamzah’s decision will affect his status under house arrest, or what he plans to do next.

Jordan’s Royal Court had no immediate comment, according to the Associated Press.

Hamzah’s mother, Queen Noor, who has been outspoken in support of him in the past, had no comment beyond retweeting her son’s letter and responding with a prayer-hands emoji to a Twitter user praising Hamzah as “the prince of our hearts.

Hamzah, the son of the late King Hussein, was unexpectedly named crown prince and heir apparent in 1999, 12 days before the then-monarch died of cancer. A favorite of his father’s, often described by him in public as the “delight of my eye,” Hamzah was nevertheless viewed as too young to ascend the throne.

Instead, it was his older half-brother Abdullah who succeeded their father. In an apparent bid to consolidate power in 2004, Abdullah abruptly stripped Hamzah, then 24 and attending Harvard University, of the title of crown prince. The move, Abdullah said at the time, would allow his younger sibling “more freedom of movement.”

Hamzah was placed under house arrest by the monarch last April after being accused of involvement in a “malicious” foreign-born plot to destabilize the country. He denied it and claimed he was being retaliated against for speaking out against incompetence and corruption by government elites.

From under house arrest, he denied having taken part in any conspiracy against Jordan. Hamzah vowed to defy the military’s order to be quiet, saying in a recording that he was “going to escalate” his dissent. But hours later, the prince released a second voice message walking the first one back, and pledging his allegiance to Abdullah.

After a reported “mediation” between the siblings’ spokespeople, Hamzah signed a letter declaring his loyalty to the king, which was released by the palace. “The interests of the homeland must remain above every consideration,” the letter concluded. “We must all stand behind the king in his efforts to protect Jordan and its national interests.”

He has only been seen in public once since then. The court announced the birth of Hamzah’s seventh child in February.

Approximately 16 others were arrested over the alleged plot, according to the deputy prime minister at the time.

A formal royal chief adviser and a minor figure in the royal family, both of whom denied wrongdoing, were later sentenced to 15 years’ imprisonment.

Abdullah and his allies have revealed few details to do with the alleged conspiracy. Daoud Kuttab, the director-general of the nonprofit Community Media Network, explained to Al Jazeera at the time that the dispute was over “internal criticism.”

“Former Crown Prince Hamzah has been making the rounds, especially in tribal areas, and that is a kind of a red line for the government and for the king,” Kuttab said. “These are the strongest supporters of the monarchy and the ones who are more courageous in standing up to government corruption. So I think that’s what has really upset people in the palace.”

Days after Hamzah’s arrest, Abdullah released his first speech addressing the purported crisis, which he called the “most painful” of his reign. But, he added, “the sedition has been nipped in the bud,” and the family was resolving the matter privately.

“Hamzah is now with his family in his palace under my care,” Abdullah said in the speech, which was read aloud by a television presenter, according to the BBC.

The week of the speech, Jordan’s government also issued a strict moratorium on reporting around the alleged conspiracy, which covered discussion of it on social media.

In March, the Royal Court released a letter it said had been penned by Hamzah, admitting his mistakes to the king and begging forgiveness.

He wrote “hoping that we can turn the page on this chapter in our country’s and our family’s history,” according to the letter.

“I have erred, Your Majesty, and to err is human. I, therefore, bear responsibility for the stances I have taken and the offences I have committed against Your Majesty and our country over the past years, culminating in the events of the sedition case.”

“I seek Your Majesty’s forgiveness, knowing that you have always been very forgiving.”

DISCLAIMER: The Views, Comments, Opinions, Contributions and Statements made by Readers and Contributors on this platform do not necessarily represent the views or policy of Multimedia Group Limited.
Tags:
Family Feud
Jordan
Prince Hamzah bin al-Hussein
Royal title