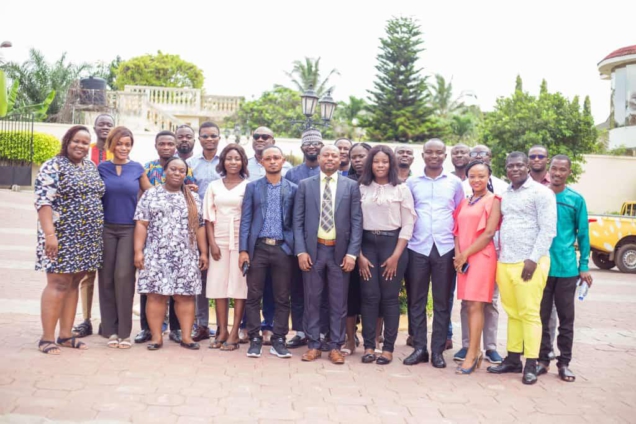 Twenty journalists based in non-urban communities in the Ashanti, Bono, Central and Oti regions have benefitted from a two-day fact-checking training.

The event was organised by Dubawa Ghana, the fact-checking arm of the Center for Journalism, Innovation and Development (CJID), with funding from the US Embassy in Ghana.

The fact-checking organisation has observed an increasing and worrying trend of mis/disinformation especially on the Ghanaian social media landscape.

Editor of Dubawa Ghana, Nathan Tetteh Gadugah, indicated there could be dire consequences when individuals or a society is fed with false information.

“So, if the political candidate gives out false information, the people will vote based on that and, certainly, this would not augur well with the country,” he said.

The training is expected to facilitate the transformation of newsrooms of local media houses by establishing a fact-checking desk to promote accountability journalism.

Mr Gadugah believes the training would expose journalists to fact-checking and enhance their capacity in combating the growing trend of information disorder.

“The training is usually organised for journalists in the city centers, so this time round we thought to host one for those in rural communities to enhance their capacity.

“When journalists become complicit in sharing false information, it affects their credibility. Together, we will be able to create a community of fact-checkers to fight the spread of information disorder,” he added.

Participants were equipped with the relevant knowledge and skills in topics including understanding information disorder, actors and techniques of mis/disinformation; verification and fact-checking “Fake news”, media ethics and law, and the right to information law.

Victoria Agyemang, a print media journalist in the Central region, said the application of acquired skills and knowledge would aid her in validating news content.

“It’s been insightful and educative because we’ve been eye-opened on various techniques to identify whether or not a video is true or fake. Most journalists take information from social media without verifying or authenticating the story.

“We just put it out there for people to consume. I will apply the skills I have learnt here in news writing and sharing contents,” she assured.

The project consists of a two-day residential training and a three-month post-training mentorship for selected journalists.

The final training session is expected to be held in Accra for the last cohort of journalists.

DISCLAIMER: The Views, Comments, Opinions, Contributions and Statements made by Readers and Contributors on this platform do not necessarily represent the views or policy of Multimedia Group Limited.
Tags:
Centre for Journalism Innovation and Development (CJID)
disinformation
Dubawa Ghana
Fact-checking
Misinformation
Nathan Gadugah