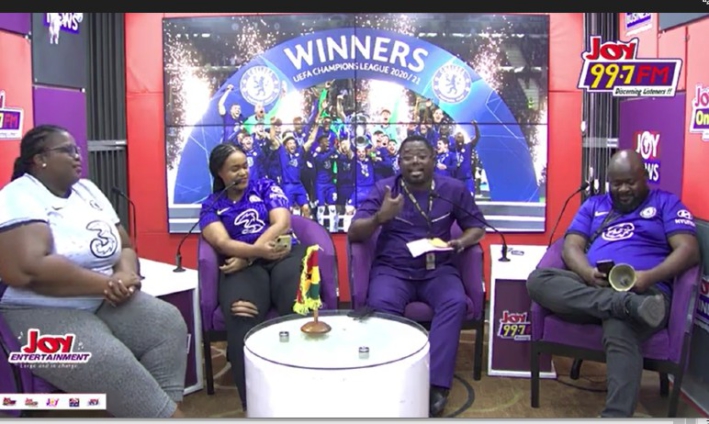 On Saturday, Chelsea beat Manchester City to win the 2020 edition of the UEFA Champions League. This win is the team’s first win since 2012.

Supporters of the London club could not hide their joy, so on Monday, some of them who work with The Multimedia Group dressed in their respective jerseys to celebrate the club’s win.

They also presented a “humble pie” to Nhyira Addo who was rooting against Chelsea ahead of the finals.