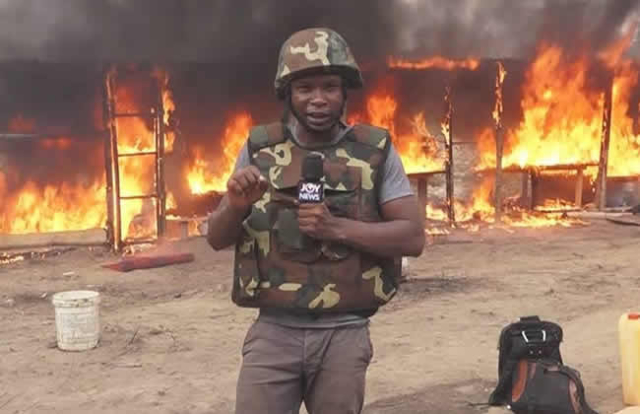 Joy News’ Latif Iddrisu has for the second year in a row been adjudged the Mining Reporter of the Year.

He beat competition from dozens of journalists who competed at the 5th Ghana Mining Industry Awards held at the Marriott hotel Friday night, with

Editor of Hotline Documentary with Joy News, Kweku Owusu Peprah, emerged as the first runner up.

Mr Iddrisu produced ‘The Gold Burden’ in 2018, a two parts investigative Hotline Documentary that led to the arrest of a number of illegal miners including foreigners.

The documentary revealed how some illegal Chinese miners had hijacked and pillaged forests in the country’s mining regions, depleting the forests and polluting water sources in the process.

Elated Latif Iddrisu said, “This award means a lot to me. My documentary is evidence of the need for more surveillance across mining communities to end the scourge of illegal small scale mining.”

Asanko Gold also emerged as the Mining Company of the year.