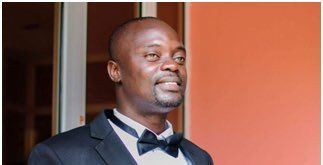 A journalist with The Multimedia Group, Erastus Asare Donkor, has been shortlisted in the upcoming 7th Ghana Mining Industry Awards.

The Luv FM reporter was nominated in the category for Best Mining reporter (Broadcast).

The winner of the said category will be revealed at the Awards ceremony, which has been scheduled for Friday, November 19, 2021, at the Marriott Hotel in Accra.

The event will be broadcast live on TV.

In January this year, the journalist reported that over 30 fully armed soldiers were protecting miners degrading the forest of Manso in the Ashanti region despite the withdrawal of all military personnel from mining sites across the country.

During the team’s journey to Manso, its forests scenes of destruction and degradation were visible from miles away. It had abandoned pits, and mining settlements dotted the road leading into what is left of the once lush forest.

After navigating through the dangerous terrain of open filled pits filled with water, government’s Environmental Sustainably task force together with Luv FM’s Erastus Asare Donkor arrived at the mining settlement deep within the forest enclave.

While conducting the search, a young military officer drove into the compound in a pick-up truck.

He started making some calls to his superiors. Within 30 minutes, the entire place was crawling with over 30 angry armed military men.

For hours, members of the task force were surrounded and prevented from moving their vehicles by armed soldiers and a backup of known faces from the Delta Force group led by the owner of Heritage Imperial company, Donald Entsuah.

The leader of the team conducted a search room by room, which proved the presence of the military at the site.

There was a near clash between the Ministry of Environment’s sustainability task force and the military who are allegedly acting as security for the miners.

Anger turned into a verbal altercation and near fisticuffs. A group of unidentified well-built men suspected to be from the Delta force group also joined them.

The Chinese were subsequently released. The news team was prevented from filming anything from this time onwards as they overpowered the task force and took over.

Things became physical as the macho men assaulted Luv FM’s Erastus Asare Donkor, with the driver forcibly taking the keys to the vehicle and struggling with the camera technician for the camera.

Some members of the Delta Force damaged the equipment of Luv FM’s journalists who were covering the task force.

Under the watch of the military, the soldiers broke the team’s windscreen and side mirrors. The owner of the site, Donald Entsuah ordered the military to delete all footage from our camera and our personal phones.

But Erastus Asare Donkor and the team managed to retrieve the recorded footage from the formatted card. It took the intervention of the Ministry of Environment and some officers at the Ghana Armed Forces command to release them.

Donald claimed he had all the documents giving him full access to mine in the forest, but the Minister for Environment clarified the license he had.

“Heritage Imperial only has a prospecting license and so it is mining illegally in the forests. He is supposed to be drilling testing samples to be presented in the process of getting a mining permit.”