Kan Dapaah was completely wrong; he should have sought legal advice – Ayikoi Otu 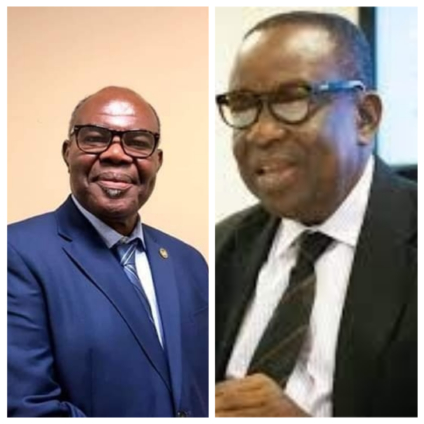 A former Attorney-General, Nii Ayikoi Otu, has called the bluff of the National Security Minister over his caution regarding the perception that the Judiciary is biased has dire consequences on the country’s security.

Speaking on Joy FM’s Super Morning Show on Monday, he said the Minister did not seek legal advice before making the statement.

“I’m sorry to say that I don’t think he sought legal advice on this matter. But, if he did, he wouldn’t be going around saying what he’s saying,” he said.

During a sensitisation workshop on the national security strategy for judges of the superior courts, the National Security Minister warned judges about a perceived notion that the Judiciary is biased.

The caution follows various accusations by the opposition National Democratic Congress (NDC) that the Judiciary is biased because the party has lost a string of cases before the courts.

Mr Dapaah, while addressing the judges, cautioned against such characterisations, stressing that they may have dire consequences on the country’s security.

“Is he saying that when someone brings a case that is bad, the Supreme Court must give jurisdiction to favour that person merely because anytime ruling goes against you will make people feel there’s something wrong?” he quizzed.

He believes by this statement, Mr Kan Dapaah is urging judges to be partisan while performing their duties.

“The judges are taking an oath to do justice to all manner of people without fear or favour, ill-will or affection. You don’t say because you’ve ruled five times, so I should rule in favour of the NDC even when the case is bad? It doesn’t work that way. It’s either you have a case or not.” he stressed.

He further contended that though the Judiciary’s role is paramount in helping to safeguard the security of the nation, there was no need for any compromises in the execution of justice.

He acknowledged that there is the perception that the Judiciary is biased and that many people don’t have any confidence in them. But to him, this is not new and certainly not a national security threat.

“It’s just like corruption. It’s just a perception, so it should be treated as such,” he said.

DISCLAIMER: The Views, Comments, Opinions, Contributions and Statements made by Readers and Contributors on this platform do not necessarily represent the views or policy of Multimedia Group Limited.
Tags:
Albert Kan Dapaah
Nii Ayikoi Otu