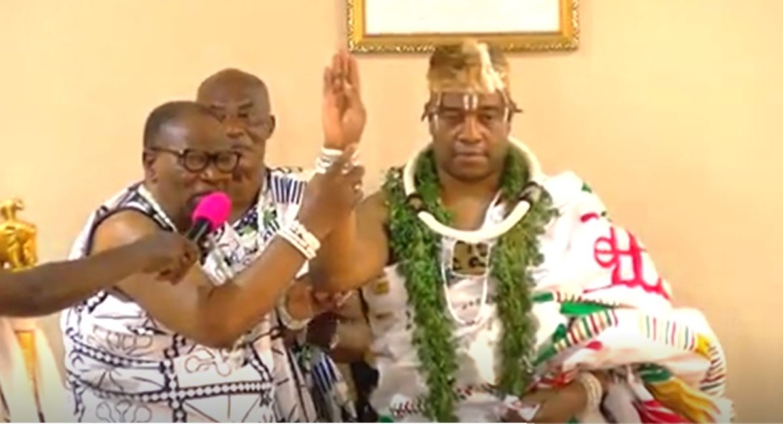 Accra has been without a King for years.

A ceremony in the capital on Saturday, May 9, 2020, saw the completion of processes for the installation of a new Ga Mantse completed following the outdooring of Dr. Kelvin Tackie Abia Tackie as King.

This comes on the back of a 16-year dispute among varying factions who lay claim to the throne usually ending up in bad blood among the feuding groups.

JoyNews’ Sarah Djorsu witnessed the outdooring and describes the scenery in the following report.

Chairman of the committee set up to look into chieftaincy matters in the traditional area, Justice Julia Mensah Sarkodie expressed optimism about government’s commitment to supporting the development process of the area as the laid down chieftaincy protocols have been executed.

“The government’s position is that once the customs and usages have been followed and the people have declared that this is our king, we will work with him and support him… I think they have done the right thing and today it’s been sealed,” she said.