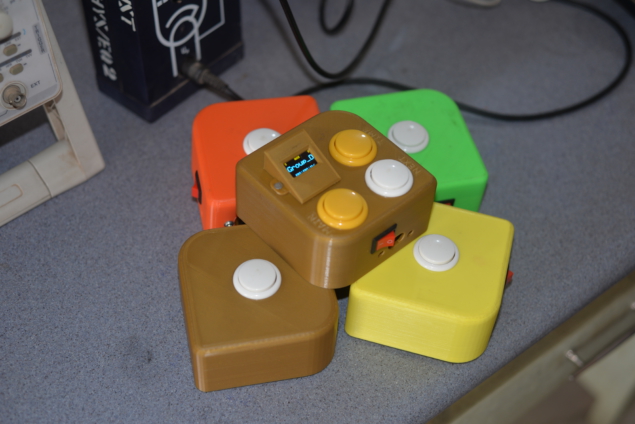 Bells have played an integral role in many quiz competitions such as the National Science and Maths Quiz.

However, the competition is sometimes faced with confusion over the simultaneous pressing of the bells by contestants.

What if there is a buzzer that detects the first signal it receives and disables subsequent presses?

Dr. Akyana Britwum and Nutifafa Yao Agbenor-Efunam of the Department of Physics, Kwame Nkrumah University of Science and Technology (KNUST) have developed a simple solution.

The Department of Physics was therefore tasked to come up with a system that will facilitate some aspects of the quiz competition – where multiple contestants would have to compete to be the first to answer one question.

The scientists were particular about the user-friendliness and ability to detect the source (contestant) of the first signal received. They therefore came up with 3 designs to achieve their goal.

“The first was a wired design, where cables would be used to connect the devices together, wireless design, using Bluetooth technology and a wireless design using Wi-Fi technology,” said Dr. Britwum.

The design that was chosen was the wireless design using Wi-Fi technology. It doesn’t require the use of cables which can be messy to set up.

Again, its range is superior to that of the Bluetooth technology.

“The range for 2.4 GHz Wi-Fi signal is about 40 m indoors and 80 m outdoors, while that of the Bluetooth is about 10 m both indoors and outdoors. The system consists of five different devices, which are connected to one another wirelessly,” said Nutifafa Yao Agbenor-Efunam, a Master of Philosophy student on the project.

Out of these 5 devices, one device called the master device, is used to control the others.

The other devices are for 4 contestants. This number can be increased later as the master device can handle a maximum of 8 contestants at a time.

The system consists of a wireless connection, a buzzer, an audio out, a display screen for the master and an arcade push button.

It also has a built-in battery, battery level indicator and battery charging system.

The battery can last up to 24 hours on a single charge.