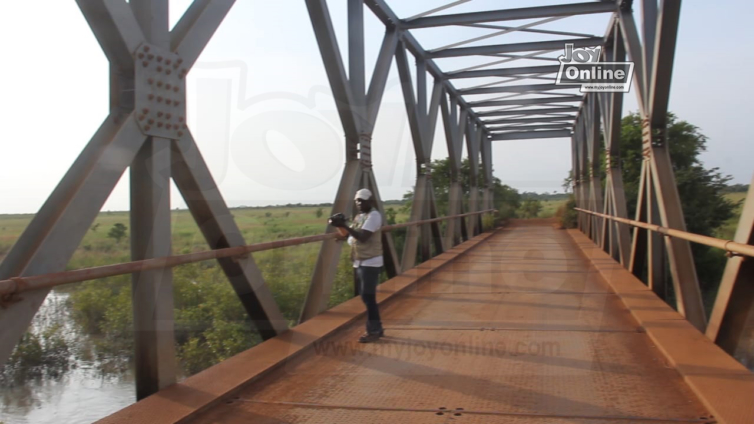 The Minister for Roads and Highways, Kwasi Amoako-Attah, has disclosed that government has received 21 new bridges as part of 87 expected to replace old bridges in the country which have outlived their lifespan.

According to the Minister, the Kpalba and the Wapuli bridges would be replaced to save the people of the Saboba District from the annual flooding.

“The two bridges which have challenged the people of Saboba for a very long time. One of them is the Kpalba bridge which is always cut off during the rainy season. The second one is the Wapuli bridge. I am happy to announce to you the Saboba chief and the rest of your elders that the government has arranged to bring in 87 bridges under a programme called Mabe bridges” he said.

The Saboba District is annually cut off from neighboring towns whenever it rains. This is because the two bridges get submerged, especially at the start of the rainy season.

Commuters along that stretch usually travel by canoes around that time or are cut off from any activity that takes place in the district’s capital.

Responding to appeals by the Paramount Chief of Saboba, Bowan John Mateer Sakojim IV to address the annual flooding of the bridge, Mr. Amoako-Attah said the bridges have been delivered.

“The bridges have started arriving as we speak now we have taken stock as many as 21 and as a matter of priority, we have allocated two of the bridges. One for the Kpalba bridge and the other one for the Wapuli” he said.

The Minister said in about a month, the civil works on the Wapuli bridge would be completed. He said government requires funds for engineers to do the civil works.

Mr. Amoako-Attah added that government has allocated the money already and the work will start immediately.

He further explained that government is negotiating for a special facility to construct 300 kilometers of roads in some specific districts in the Bono and Ahafo regions.

He said six regions would benefit under that facility which will come to fruition soon.

However, the Paramount Chief of Saboba, Bowan John Mateer Sakojim IV, appealed to the President to bring back contractors who have abandoned road projects in the area and to bridge the Oti river.

This, he said would help boast the economy of the area.

Bowan John Mateer Sakojim IV also appealed for a bus for the St Joseph Technical school, adding that they have also applied for a college of education for the area.

The President on his part said he was in the district to inspect the agenda 111 projects.

President Akufo-Addo said Covid-19 has taught the country the need for a good healthcare system which is why agenda 111 is being implemented to bring healthcare to the people.

He said the inspection of the project will help him have a fair idea about the current state of work.

The President promised to provide buses for the school while assuring that the Ministry of Education has an elaborate plan to extend education to all parts of the country. He added that he would discuss with the sector Minister to know how far with plans for the college of education.

Meanwhile, President Akuffo-Addo has called for peace in the area.