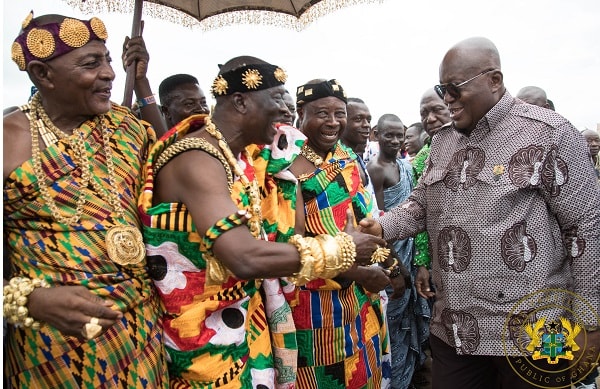 One of the 15 Electoral College members was withdrawn due to issues surrounding the transfer of proxies.

For about two hours, the process faced a deadlock over proxies, as two chiefs withdrew their mandates.

Nana Krachiwura, prior to the balloting, said he had led efforts towards the creation of the Oti Region, and that his election as President of the House would allow the finalisation of the Region’s development agenda.

Nana Alloh, who is the immediate past President of the Volta House, promised to secure traditional council status for areas in the region.

The election, which was scheduled for 1000 hours, begun at 1500 hours due to the delays.

The venue erupted with jubilation and firing of muskets by supporters of Krachiwura immediately after the count of the ballot.

In attendance was Nana Kwasi Owusu-Yeboa, Oti Regional Minister and Mr Michael Gyato, the Member of Parliament for Krachi East.

There was heavy security at the premises of the Oti Regional Coordinating Council, where the event was staged under the supervision of the Electoral Commission.