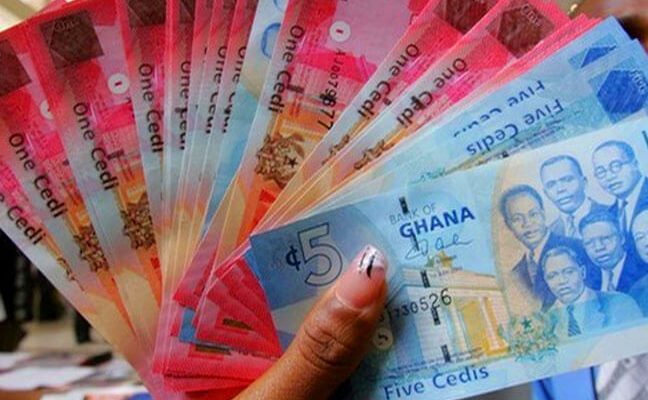 In recent times, Ghana has been experiencing a wave of violent crime in armed robbery, targeting mobile money vendors and bullion vans. There has been needless loss of life and property, families in grief and a nation in fear. Back on 23 January 2017, I wrote down what I thought should immediately engage the minds of the Bank of Ghana and Government, not only to facilitate efficient economic and business environment, but also to protect lives and property. Needless to say, that I did share my ideas with those I thought could further discuss it in government.

While the adoption of cryptocurrency has been on the rise and governments are exploring its possible future adoption, I consider DigiCedi as simply a digital, paperless/coinless form of the existing legal tender, the Cedi. The NPP Government has undoubtedly made giant efforts towards digitalisation of the economy and cashlite status, with the operationalisation of mobile money interoperability.

Adopting the concept of DigiCedi will immediately complete the cashlite process and provide additional security for life and property of Ghanaians. Moreover, introducing DigiCedi would save the Bank of Ghana the cost of printing new notes and coins and replacement of old ones, which it would be withdrawing from circulation over time.

There would be much less armed robbery if there is less cash in circulation, I’ve no doubt about that. With DigiCedi, there would be no need for bullion vans to be transporting cash around, traders wouldn’t need to carry cash on them, and individuals can transact almost every business in Ghana without having to carry cash.

First, let all Ghanaians convert their cash into DigiCedi, from any bank branch (with or without a bank account) and same would be transferred into their existing mobile money wallets. Second, let the banks automatically convert all bank balances of their customers into DigiCedi.

Since I first wrote this concept, mobile money interoperability is now functional, which means people can now transfer mobile money across networks as well as from their bank to their mobile money wallets and vice versa. Also, government has implemented the Universal QR Code which allows all vendors, from Waakye Sellers to Supermarkets, to easily accept payment for their goods and services via mobile money.

There is currently a challenge where mobile money vendors have been asked by MTN to require an ID before one can cash out money from their wallet. This has caused a lot of frustration for clients. With DigiCedi and implementation of Public Key Infrastructure (PKI) that could allow all citizens to acquire their personal digital certificates, the need for verification of physical IDs can also be a thing of the past, to speed up all digital transactions.

I understand government has been working on PKI for some time, but perhaps now is the time for a lot more urgency to go into implementation of that system.

I know you might be wondering what would happen to the thousands of mobile money vendors if the Bank of Ghana and government were to implement the DigiCedi proposal. Let’s face it, dead men don’t earn a living. Neither do people who lose all their capital through armed robbery.

In the past, I used to buy scratch cards in order to load mobile phone call credit. Today, I do it directly via mobile money. What happened to that scratch card vendor? People will always adapt. Technology is changing. Times are changing. The way we do business will continue to evolve. Crime is rising and the Police cannot protect every single mobile money vendor and bullion van and passers-by from armed robbers.

And, as long as there is cash around, there would be armed robbers who would attack these vendors who are so exposed to attack. Everyone is at risk, as evidenced by the killing of a shop owner in the Jamestown bullion van robbery.

How about robbing people of DigiCedi?

Recently, there were reports of some rogue police officers who forced their victims to transfer mobile money to them. So, what if armed robbers force people to transfer DigiCedi from their mobile money wallets? Again, by technology, Telcos can easily instal a system where, for instance, preceding your PIN with a particular number will alert the operators that the transaction is being done under duress.

Once that signal is sent out, any mobile number that receives the money is immediately red-flagged and either prevented from transferring funds from that account or subsequently flag any other account that receives money from the first recipient.

Even if the Telcos would allow the armed robber to transfer funds from his account within a few hours of that transaction (in order to protect the lives of victims), with every SIM card to be registered with the Ghana Card ID, every MoMo account that receives transfers from the initial account can be red-flagged and the security agencies alerted to go after such people.

This is just my proposal, which we all need to interrogate. If we implemented this, I am convinced armed robbery would reduce and we would save lives and property, banks wouldn’t need bullion vans to transport DigiCedi, business transactions would be smooth and efficient, Bank of Ghana would save costs, the digitalisation agenda of government would go a notch higher, and Ghana would benefit in the long term.

DISCLAIMER: The Views, Comments, Opinions, Contributions and Statements made by Readers and Contributors on this platform do not necessarily represent the views or policy of Multimedia Group Limited.
Tags:
Digital Cedis (DigiCedis)
Kwaku Antwi-Boasiako