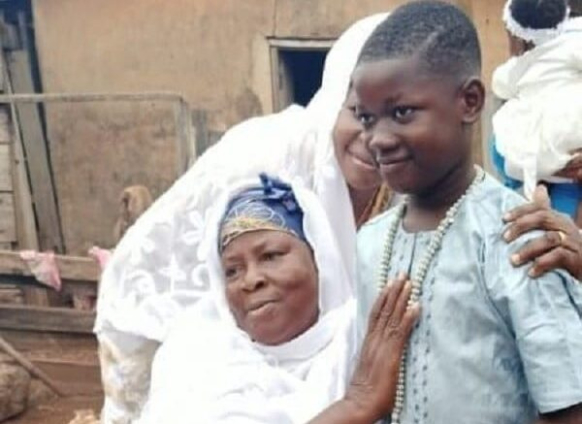 On April 3, two teenagers in Kasoa in the Central Region of Ghana allegedly killed a 10-year-old boy for money rituals.

This should not have resulted in a conversation about media sector reforms, except that in recent years the media has become the new found space for money ritualists, supposed cash doublers, and financial scammers.

In fact, some reports indicate one of the alleged teenage murderers said he chanced upon the ritualists who inspired him to commit the heinous crime on national TV. The matter has, therefore, erupted a heated discussion on the media’s contribution to that monstrous murder.

The discussion has also brought up about the ultimate questions of who must have access to the media space, what must be published in the media and how is media content regulated?

If the conversation is about assessing the triggers and causes of the atrocious murder, the media may not be the only influencers, especially when the alleged accomplices are young and are of school-going ages. There can be many causes including parenting, poverty, poor leadership, education among others. A broader conversation must be had and the appropriate corrections put in place.

While we are on the conversation of the contribution of the media to the matter, there is a connection between media consumption and its impact on perception of social realities.

In media studies, Gerbner’s (1960) cultivation theory explains that the more people are exposed to media content for a long period of time, they are more likely to perceive the social realities of the world in line with the content they have been consuming. The content consumption and the resulting perception of the world in turn affects attitudes and behaviours in society.

Thus, our perception of the real world today is to a large extent the images, ideological messages that have been transmitted to us through the mass media. The impact of the cultivation therefore leaves us with the big questions of who and what must be allowed into the media.

The Constitution of Ghana established two media regulatory bodies—the National Media Commission (NMC) and the National Communication Authority (NCA). Among other roles, the NMC is to promote media freedom and independence, and maintain highest journalistic standards in the content of the media, while the NCA allocates frequencies to the broadcast media (Radio and TV).

These bodies were established in the 1990s. The NMC whose role matter immediately in the conversation of media content, for instance, was established by the NMC ACT 1993 (ACT 449) which was assented to by the president on July 6, 1993. Since then, little or no changes have been made in the roles and outlook of the Commission.

In 1993 when the NMC was established, the broadcasting airwaves was not liberalised. The only Ghanaian broadcasting entity that existed was the Ghana Broadcasting Corporation (GBC). State-owned media dominated the media landscape. Hence the roles of the Commission as enshrined in the ACT are heavily focused on the state-owned media organisation.

Today, 27 years later, the media is dominated by the privately-owned media organisations and the impact of GBC in the broadcasting landscape is very limited. According to the NCA, there are 575 radio stations and about 150 TV stations as at 2020.

In the 27 years, the Internet has also emerged with a penetration of 48% into the population. The Internet has come with it news websites which are uncountable. There are also numerous bloggers whose categorisation as journalists is an ongoing debate but are influencing news production and consumption. And there is also social media that has totally changed the landscape. Today, 22% of Ghanaians consume their news from social media platforms, according to the Afrobarometer. The landscape is fast changing.

The media landscape has grown, metamorphosed and keeps changing since 1993. The regulator, however, is stunted in growth, static and has refused to change.

The NCA, Media Capture and Ownership

The question about what is published in the media is as important as who owns the media. Media content to a good extent can reflect the perspectives and ideologies of the media owner and its management. Unfortunately, there is lack of transparency of media ownership in Ghana. Ownership of media organisations are shrouded in secrecy to the extent that journalists working in some media organisations do not know the actual owners.

The apparent lack of transparency on media ownership prompted the Media Foundation for West Africa (MFWA) and Reporter Without Borders (RSF) to embark on a project called the Media Ownership Monitor (MOM) in 2018 to observe the companies and faces behind some of the prominent media organisations. The study collected data from the National Communication Authority (NCA) and the Registrar General’s Department (RGD), where all businesses ought to be registered.

The study which also gathered information through interviews with the media organisations and companies observed there are inconsistent and missing ownership data. The MOM found that there were companies who owned the media but had no profile with the RGD, some had no information beyond their profile name, some had inconsistent public and official information while others were not even registered as media organisations at the RGD.

The MOM found that a third of the media is owned by persons with political affiliations, which brings in the conversation about media capture. It is not difficult to find today that many of the TV channels are owned by self-styled men of God and capitalist religious organisation, partisan politicians and profiteering businessmen whose mains focus is to make money or further their religious and political interests regardless of how injurious their content may be to media audience.

The NCA, the regulatory body in charge of allocation of the frequencies, is not given to naming the owners of the broadcasting outlets, despite calls from the MFWA to do so. The NCA is politically controlled in the allocation and revocation of the frequencies. Recently, the Authority claims it did spectrum audit and ended up shutting down pro-NDC Radio Gold and Radio XYZ, an exercise that many described as discriminatory and targeted at the opposition NDC.

It is worth indicating that in 2016, the NMC wanted to introduce a new law that would aid the Commission with regards to regulating media content. However, the law, NMC (Content Standard) Regulations 2015, L.I. 2224, was going empower the Commission to authorise or disallow content of the electronic media operators before airing.

Thus, in L.I. 2224, the NMC was going to dictate what broadcasting outlets should publish which is in contravention of Article 162 Clause (4) of the 1992 Constitution. Ghana Independent Broadcasters Association (GIBA) took a legal action and succeeded in quashing the regulation.

The absence of a broadcasting bill to regulate the fast-changing landscape is telling on the quality of media content being consumed every day. The Ministry of Information has hinted it has facilitated in the amendment of the 2012 broadcasting bill, adding that it will present it to parliament in May. Hopefully, the ministry has had broader consultation with media stakeholders on this broadcasting bill and the bill will not aim at sapping from the independence and freedom of the media.

Also, it will be appropriate a stakeholder consultation is held to discuss the needed reforms that must shape the landscape and address the free, falling professional and ethical standards in the media.

Besides, the stakeholder consultations, the following are recommended in efforts to reform the media sector in Ghana:

Kwaku Krobea Asante is a Programme Officer at the Media Foundation for West Africa (MWFA) under the Institutional Development Programme.

DISCLAIMER: The Views, Comments, Opinions, Contributions and Statements made by Readers and Contributors on this platform do not necessarily represent the views or policy of Multimedia Group Limited.
Tags:
Kasoa
Kasoa murder
Kwaku Krobea Asante
Media