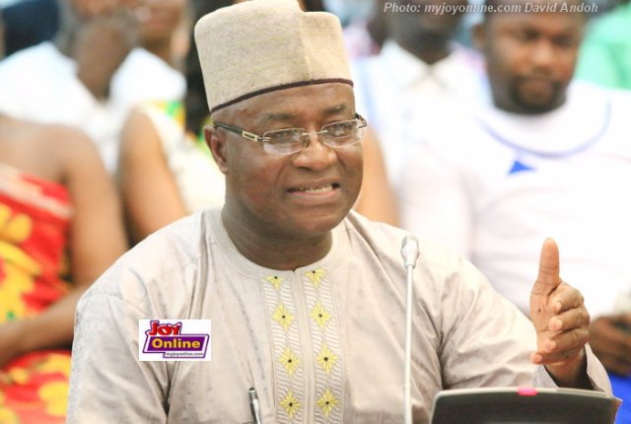 The Asawase MP, Mohammed Mubarak Muntaka says the Minister-designate for Parliamentary Affairs lacks the ability to unite the two caucuses of the Parliament.

Legislators in the 8th Parliament, according to him, need to be united in order to execute and work effectively for the development of the country.

According to Mr Muntaka who spoke during the vetting of Mr Kyei Mensah Bonsu, one of the challenges he has observed regarding his fellow lawmaker is the inability to unify MPs and “carry all of us along”.

“When it comes to carrying all of us along that is where he has some difficulties…I think this is one of the difficulties he has and the kind of Parliament we have now, it is my hope he will find a way to be able to manage this other part,” the Minority Chief Whip said.

After the December polls, both the New Patriotic Party (NPP) and National Democratic Congress (NDC) had 137 representatives apiece and with an independent member in the country’s 8th Parliament.

Mr Muntaka also advised the Minister-designate for Parliamentary affairs to move away from his previous ways of conducting business in the house.

He said, “I have heard him say that he has been a more consultative leader than any other leader in this house. Unfortunately, I disagree. When you come and tell me you want to do this so I am showing it to you, I don’t think that is consulting, that is informing because you have made your mind and you won’t change it.”

Aside from his shortcomings, the MP for Asawase commended Kyei-Mensah Bonsu for being a hardworking member of Parliament and a former Minister for Parliamentary affairs.

Muntaka Mubarak said “When it comes to hard work in this house, I believe even his arch enemy will stand up for him, he is very hardworking.

“When it comes to knowledge of what we want to do, equally, many will agree with me that he is very knowledgeable.”

In conclusion, the legislator stated that the success of Mr Kyei Mensah Bonsu will enable this unique 8th Parliament to fulfil its mandate effectively.

“I don’t expect him to be an angel, yet if he is able to manage it and carry all of us along I am sure we will be able to do a lot of work to make this parliament unique and be able to deliver our mandate to the admiration of all Ghanaians,” he concluded.

DISCLAIMER: The Views, Comments, Opinions, Contributions and Statements made by Readers and Contributors on this platform do not necessarily represent the views or policy of Multimedia Group Limited.
Tags:
Appointments Committee
Muntaka Mubarak
Osei Kyei-Mensah-Bonsu