Let's move away from allowing the opposition to define us - Sammi Awuku - MyJoyOnline.com 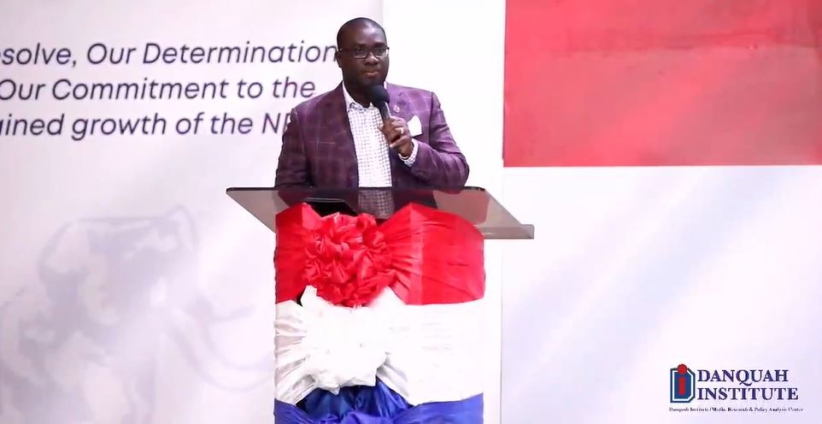 The National Organiser of the New Patriotic Party (NPP), Sammi Awuku, has charged members and supporters of the Party to be proactive in their campaign for victory in the 2024 elections.

According to him, the Akufo-Addo-led government has rolled out several interventions and policies that beat the achievements of the erstwhile National Democratic Congress (NDC) administration.

Speaking at an event organised by the Danquah Institute and the National Youth Wing on Thursday, he stated that government “has moved the nation from the shackles of poverty we inherited from the John Mahama administration onto the path of progress and prosperity.”

The National Lottery Authority (NLA) boss urged the party faithful to lead the charge and narrative that would sell the Party for overwhelming success in the next polls.

“In 2024, it’s important that we tell ourselves from today that we own the campaign and the victory for 2024. So let’s move away from allowing our opponents to define us and set the narrative. Let’s move away from people calling you to ask you if you are listening to this radio station or watching this TV.

“Our government, we’ve done enough, but the biggest obstacle between us and 2024 is how we shape the narrative for victory in 2024. I want to appeal to your conscience, emotions and what we do; let’s not leave the project for just President Akufo-Addo. Let’s own the project ourselves.

“I am happy that the National Youth Wing and the Danquah Institute decided to give us this platform. As we see each other and shale hands, I want to encourage you; from today, let the narrative be different,” he urged.

Mr Awuku made these known at the National TESCON Training and Orientation Conference organised by the National Youth Wing of the New Patriotic Party (NPP) in collaboration with the Danquah Institute.

Among other things, the Conference was meant to provide a platform for Vice President Dr Mahamudu Bawumia to speak on issues pertaining to the economy and address critical issues.

Already, the government has attributed the ailing economy to the Covid-19 pandemic and the Ukraine-Russia crisis.

This has been criticised by many political activists, especially the opposition National Democratic Congress (NDC).