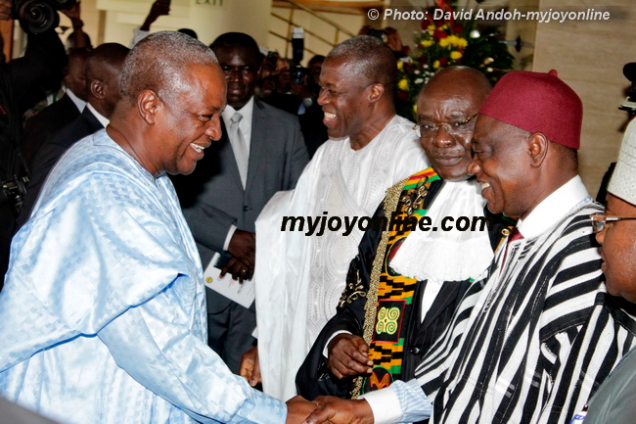 The popular phrase was nowhere to be found in the 2014 speech. The word 'better' was used only three times.

President John Mahama discharged a constitutional duty when he delivered his State of the Nation's address that touched on key development indicators such as education, economy, agriculture and social services.

Interestingly, the seven-year old political catchphrase used by the National Democratic Congress since 2007 to win the 2008 Presidential Elections was lost out in the key statement by the President.

The catchphrase was also used in John Mahama's election campaign in 2012 after he took over from the late President Evans Atta Mills who died whiles in office.

Furthermore, Ghana is apparently facing 5 more challenges in 2014 than in 2013 if the number of times the word was used is anything to go by.

President John Mahama used the word 'challenge' 18 times in his 2014 State of the Nation address.

Last year he used it 13 times, Dr. Godwin Este Sikanku of the School of Communications studies in the University of Ghana obseved.

He told Nana Ansah Kwao on PM Express Tuesday, the words the president used, could be an indicator of the state of the nation.

"Mr. Speaker, the availability of teachers has been a major challenge"

"Our domestic debt and the current high interest rates are a major challenge to the economy."

"Mr. Speaker, despite the short-term challenges we face, our economic fundamentals remain sound and our mid-term prospects are good"

"The agriculture sector in particular, which faced a few challenges the previous year, due principally to some difficulties in the cocoa sector, still posted a significant growth of 3.41 percent".

The communications lecturer also catalogued a number of times, some key words used in 2013 was used this time around.