With the 2015 Major League Soccer season not starting until the spring, there was speculation that Lampard would head to Melbourne City, the third club owned by the City Football Group, on a short-term deal.

But following the Premier League champions' friendly against Olympiakos in Minneapolis on Saturday, Pellegrini confirmed the 36-year-old will now move to the Etihad before the next American season begins in March.

"As you know, Frank has signed a contract with New York City and will start working here (the United States) in January as the season starts in March," Pellegrini told a post-match news conference. 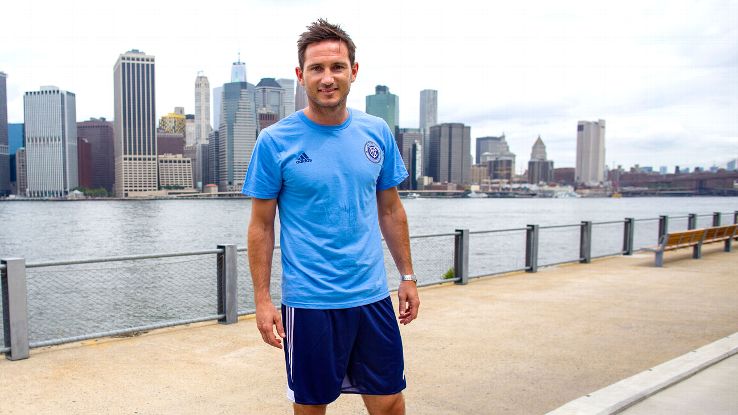 Frank Lampard will trade in his Chelsea blues for the lighter shade at Manchester City before joining MLS.

"From next Wednesday he will start working with our team and will play for us until then. At the moment he will work with the squad and be a member of the squad. He will fight for a position.

"He knows we have a very good team, we have a lot of players in his position. He is one player more.

"We have a lot of games, particularly with the Champions League — so he's very important for our team."

Manchester City are scheduled to face Chelsea on Sept. 21 in the Premier League. Asked about Lampard facing his former club, Pellegrini said, "I will talk about those things with him,."