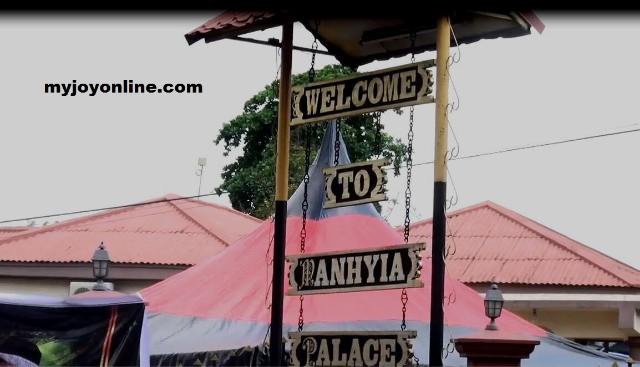 The Chief of Staff at the Manhyia Palace, Kofi Badu, says the order for management to rename the Afia Kobi Ampem Nursing Training College, is to protect the revered image of the late Asante Queenmother (Asantehemaa).

“We’ve given every support to the owner to ensure that he runs the school in the appropriate manner. However, over the past few months, we’ve been receiving some reports that were giving us calls for concern.

“We did make some efforts in the past formally to find out what was going on but we couldn’t do much until some formal complaints were made to the Asantehemaa. As a result of that, she personally came to sit on the matter,” he explained.

The school has attracted media attention for the wrong reason over the years.

The principal of the school, Samuel Owusu King took to Whatsapp to announce Royal Nursing College as the new name for the school following the order from the Manhyia Palace.

He also supplied past questions although each of the students had paid GHâ‚µ750 for examination fees.

Palace authorities issued the order at a meeting with school management and students on Wednesday, following a petition to Asantehemaa, Nana Ama Konadu the second.

The school was named after the late Nana Afia Kobi Serwaa Ampem, mother of Asantehene and current Asantehemaa

Mr. Kofi Badu says the Palace was forced to take the decision to avert recurrent negative reportage about the school.

According to him, the decision to withdraw the name of the late mother of Asantehene and current Asantehemaa, was taken in consultation with Otumfuo Osei Tutu II.

“As a result of issues that were raised, we concluded that it was not in the interest of  Manhyia that the institution continues to bear the name of the Asantehemaa and [the current] Nana Asantehemaa, therefore, directed that the name should be withdrawn from the institution forthwith.”

According to Mr. Badu, Otumfuo and the Asantehemaa are deeply concerned about persistent soiling of the reputation of the late Nana Afia Kobi Serwaa Ampem by developments in the school.

“The Asantehemaa was deeply touched by the fact that an institution bearing the name of her mother and also responsible for the training of her grandchildren could be exploited to that extent.”