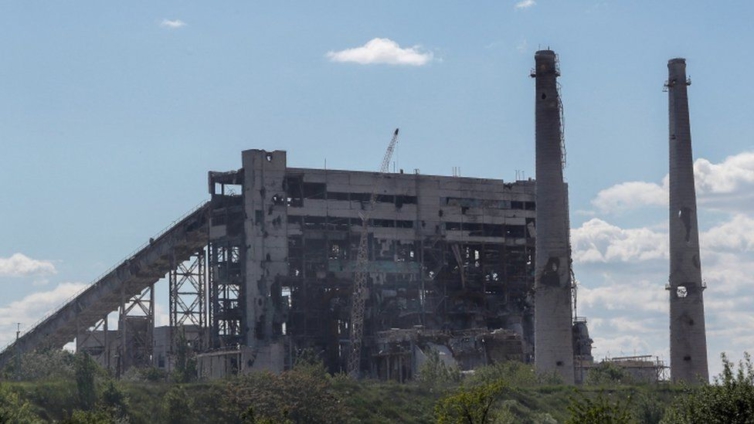 Russia has declared victory in its months-long battle to conquer the Ukrainian port city of Mariupol.

For months the troops had been holed up in the huge complex, preventing Russia from establishing complete control over the city.

Friday’s evacuation marks the end of the most destructive siege of the war, with Mariupol now in complete ruins.

The city and its steel plant are now “completely liberated” after 531 Ukrainian troops left the site, the Russian defence ministry said.

“The underground facilities of the enterprise, where the militants were hiding, came under the full control of the Russian armed forces,” it added in a statement.

Ukrainian President Volodymyr Zelensky said the site’s last remaining defenders had been given permission to leave.

“Today the boys received a clear signal from the military command that they can get out and save their lives,” he told a Ukrainian television channel earlier on Friday.

For weeks the Azovstal site had been completely encircled.

Russian forces blocked all humanitarian aid from entering, bombarded the site from the air and demanded its remaining defenders put down their weapons.

Many of those trapped inside were civilians, including women, children and elderly people. Earlier this month they were completely evacuated following painstaking negotiations coordinated by the UN and Red Cross that lasted for weeks.

But the continued refusal of the site’s Ukrainian defenders to surrender meant Russia was unable to command complete control over the strategic port city.

For many Ukrainians, it also turned the Azovstal defenders into national heroes who symbolised the country’s stubborn resistance.

The hundreds of soldiers holed up inside included marines, the National Guard (including the Azov regiment), border guards, police and territorial defence units.

Camped out with diminishing food supplies and no water, they lived for weeks in underground bunkers and tunnels without seeing daylight.

The sprawling four-square-mile complex is a maze of tunnels designed to survive a nuclear war.

Their commander said all wounded troops had now been taken away by Russian buses and ambulances.

According to Moscow officials, today’s evacuation means a total of 2,439 Ukrainian fighters have now surrendered from the steel works in recent days.

Moscow has released no information about where the soldiers who left today are being evacuated to, but previous buses have been sent to Russian-controlled territories.

A video released by the Russian defence ministry, which the BBC has been unable to verify, appears to show a line of unarmed men approaching Russian soldiers outside the plant and giving their names. The Russians then carefully search each man and their possessions.

Ukrainian officials hope they can be released as part of a prisoner exchange but that has not been confirmed by Moscow.

Russian President Vladimir Putin said the soldiers would be treated “in line with the relevant international laws”, but there is concern over what will happen to them if they remain in Russian custody.

However, on Tuesday Russian lawmakers put forward plans to declare Azov regiment fighters “Nazi criminals” who must not be part of any prisoner swap with Ukraine.

The Azov regiment, set up as a volunteer militia in 2014 but now a National Guard unit, once had links to the far right.

Meanwhile, the office of Russia’s prosecutor general has asked the country’s Supreme Court to declare the unit a “terrorist organisation” in an apparent attempt to prevent its fighters being treated as conventional prisoners of war.