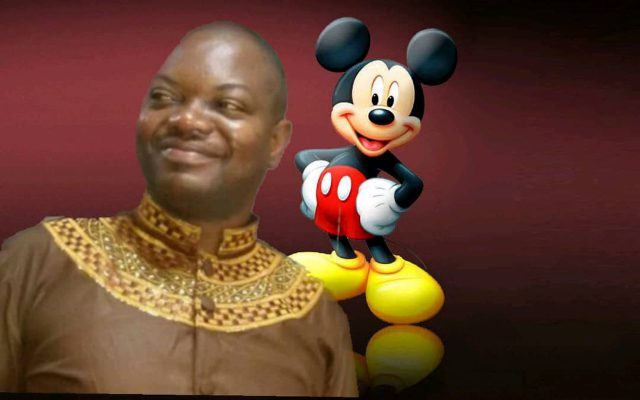 They say I should not eat meat because of animal fats which can build in my stomach. Yet the animals giving us the fats themselves eat mainly leaves aand grass.

Cows and goats eat mainly grass and some other leaves and generally they do more exercise by roaming about than human beings do. So where do they get the fat from? This is the irony of science, sometimes!

Like joke like joke, it’s been one month now since I made a very unnecessary resolution to cut down on meat, eat more vegetables and fruits.

In the second week of January a friend introduced me to some detoxifier that will burn my stomach fat within a month.

I was reluctant at first but gave in after she persistently convinced me it would work. What made me give in is that she is a health worker.

On the first day before starting with the therapy, she said I should not eat anything after 6pm. Not even fruits. I obliged.

I was then weighing 103kg with the stomach of a 7-month old pregnant mother. My expectations of a flattened stomach within days were high.

I then remembered how Kutorwu, my classmate in Achimota gave me his calculator to go and write a term Maths exam with; that was circa 1993.

He said the scientific calculator was for his brother, Yaovi, then a Lower 6th Form student at Bishop Herman.

He did not give me reasons but knowing where Yaovi is coming from, hmmm!

Well, I ignored that advice and when I entered the exam hall without such express permission, anytime I added 2 + 3, the answer I got was 9! 24 divided by 2 gave me 4! 8 x 5 and the answer was -12! Using a Nyebro’s calculator without permission? Beware!

Indeed there was no problem with the calculator but the fact that I did not seek express permission from Yaovi, everything jammed.

As to whether I passed that Maths exam or not with that ‘golden calculator, please wear your face mask well.

Abeg, occasionally go and rinse your mouth after the use of the mask wae.

The stench that comes when you open your mouth to drink water can be over bearing.

Let’s manage it small small! Wear the mask for reasonably long hours but occasionally go to the sink and wash your mouth and hands with soap under running water and put the masks back neatly or change it into a new one.

Life is not the same again. Hmmm!

My late father used to say that: ‘If you don’t have time, don’t practise witchcraft / wizardry’ as it requires a lot of time and sacrifice.

You have to be working throughout the night when others are sleeping. This was the context in which he put it. Growing up, I now understand it more.

I wonder why people buy forms to go to school and then complain that they are not getting time to study because of workload.

Who send you? It is difficult to go to school when you are already a grown man or woman with responsibilities.

You can only adjust and manage the time since you refused to get the important qualifications when you are young.

It is the reason I advise young guys to get a professional qualification before age 30. Otherwise, while you are studying, that is when your wife would call you to say: ‘Junior has temperature’ or ‘Corn dough is finished’.

The worst is when she says: ‘Landlord came to ask of you”.

Meanwhile you probably don’t have kapr3 at that material time.

How can you pass your exams in the 40s with such distractions and overheating in your brain? So if you don’t have time, don’t practice ‘witchcraft or wizardry’.

You want to be promoted at work but you don’t want to upgrade yourself. Saaa? Yooo! You can only manage time as a worker but to say you would have time, you lie bad.

This also goes to those of us who like women with big backs but don’t have money to take care of our own homes adequately! Be advised o, yoo! They would worry you for mommo saaaaa till your BP rises through the roof!

I have leant my lessons and now practising more social distancing even before COVID reared its ugly head.

See how I caught some of them o. This is what they have been doing in the past to me ooo. I offered Adowa, a lady friend lift from Weija SCC Junction towards Accra.

I was going to buy a something in town. So we went together.

According to her, she had only GHC90.00 on her but needed at least GHC400.00 to buy some items and she was confident she would buy those items worth this amount though she had less on her.

At Weija junction she started placing some calls to friends, all males. She had assured me she would raise that money before we reached Kaneshie. I didn’t believe her.

“Hello Odor Yewu, I am so hot at Madina market. I just realized the money I have on me is not enough. Could you please help me with mobile money GHC30 to pick a car home?”

The response from the other side of the line was positive.

She called another ‘Kwame, I was so happy for you last weekend when your Hearts of Oak beat Kotoko in that FA Cup match by 4 goals to nil. But I became sad when I later realized that the losers were not Kotoko but Kotoku Royals.

Ehern, Kwame, I am very hot. I have not eaten anything the whole day. Even soap to bath with sef is a problem. Please can you help me with GHC25?’ She wasn’t asking for too much o.

She won’t make that mistake to put you off. She called ‘Kojo Flagstuff’ ‘Kojo, my father is sick at 37. I need to raise at least GHC200 to buy him drips. His health insurance card has expired mpo.

Can you please be of help? Even if it’s GHC120 I am sure the doctors will manage. Alternatively, send me GHC30 to quickly expressly renew his health insurance wae, woa dawuroma’.

By the time we got to Kaneshie First Light, Adowa had raised GHC370.00 below the target but according to her ‘it was worth the effort’.

Yea! Before making these calls, she did a market survey to know the financial muscles of eligible contacts on her phone.

There was one she wasn’t sure about but gave it a try bcos dude be is stingy ‘roff’. The call went through alright but Derick wouldn’t pick it.

Thank you Adowa for letting me know the modus operandi ofsome of your ‘colleagues’.

Now I know, even if they are dying, I will let them go ahead. They have chopped my money saaaaa, ah why?

Wear your face mask as the virus has become very viral o. Happy ending to January as we enter February with properly worn face masks to checkmate the spread of COVID 19.

If you turn a blind eye to the fact that COVID is deadly, you may learn through ventilators o, yooo! God be with us all as we do the right things and properly so because COVID is real!

The Writer is an Insurance Practitioner, Communicator and the Weekly Author of the INSURANCE BAKERY Column in the Graphic Business Newspaper. He is also the weekly Author of the humorous page ‘USELESS COLUMN’ published in the Business & Financial Times newspaper and on myjoyonline.com.