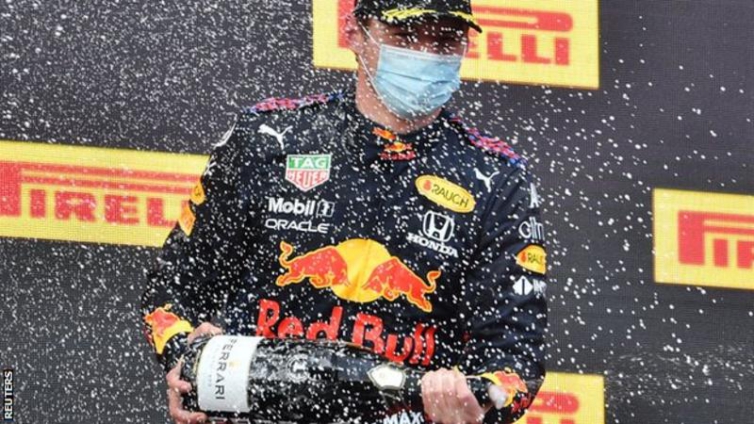 Red Bull’s Max Verstappen took his first win of the year in a chaotic, incident-strewn Emilia Romagna Grand Prix as Lewis Hamilton fought back to second after a rare error.

Rain at the start led to one of the most topsy-turvy races in memory as the treacherous conditions caught out the vast majority of drivers at one time or another.

There was an early safety car and later a red flag, after a massive crash involving Mercedes’ Valtteri Bottas and Williams’s George Russell, rivals for a seat at the world champions in 2022.

Even Verstappen almost lost his win, when he half-spun at the restart following the red flag, but he managed to collect the car and streak off into the distance as Hamilton fought to regain lost ground.

It appeared as if Hamilton had gifted his main rival a huge advantage in what promises to be a tight championship fight when he lost control trying to lap Russell and slid into the barriers at half-distance.

But the crash between Russell and Bottas a lap later gave him a second opportunity and he made the most of it, fighting back from eighth at the restart to finish second.

After a race in which he could have scored no points, Hamilton limited the damage and actually retained the championship lead by a point earned for taking fastest lap, despite Verstappen’s best efforts to take it away from him.

And Lando Norris took a superb third place after a strong weekend in the McLaren.

DISCLAIMER: The Views, Comments, Opinions, Contributions and Statements made by Readers and Contributors on this platform do not necessarily represent the views or policy of Multimedia Group Limited.
Tags:
Formula 1
Lewis Hamilton
Max Verstappen