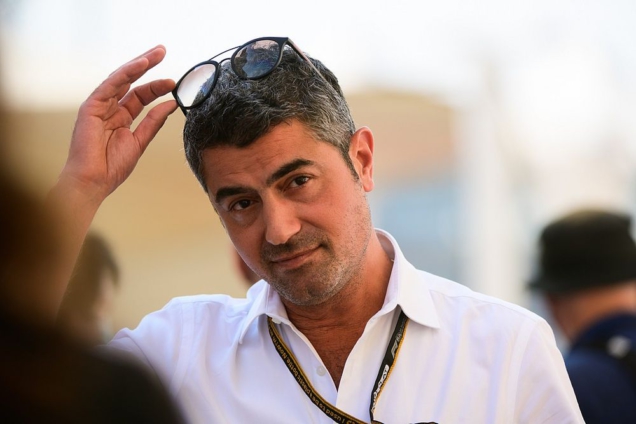 He will be replaced by WEC race director Eduardo Freitas and former DTM man Niels Wittich, who was already announced as Masi’s deputy for the season.

They will alternate as race director, backed up by Charlie Whiting’s erstwhile deputy Herbie Blash.

Former Brabham team manager Blash returns in the role of permanent senior advisor after being absent since the end of the 2016 season.

Ben Sulayem also announced that race as expected control will have remote assistance from an off-site FIA facility, which is likely to be based in Geneva, and which he likened to the VAR system in football.

He also said that radio communications from teams to race control will no longer be broadcast and will be more strictly controlled, and that the unlapping procedure under safety cars will be reviewed.

Speaking in a video issued by the FIA he confirmed that his plan has been approved by F1 CEO Stefano Domenicali and the team bosses in Monday’s F1 Commission meeting in London.

Outlining the changes he said: “Firstly, to assist the race director in the decision-making process, a Virtual Race Control Room will be created.

“Like the Video Assistance Referee, VAR, in football, it will be positioned in one of the FIA offices as a backup outside the circuit.

“In real-time connection with the FIA F1 race director, it will help to apply the sporting regulations using the most modern technological tools.

“Secondly, direct radio communications during the race, currently broadcast live by all TVs, will be removed in order to protect the race director from any pressure and allow him to take decisions peacefully.

“It will still be possible to ask questions to the race director, according to a well-defined and non-intrusive process.

“Thirdly, unlapping procedures behind safety car will be reassessed by the F1 Sporting Advisory Committee and presented to the next F1 Commission prior to the start of the season.”

Ben Sulayem said that the new race management team will be in place for the first time at the Barcelona test next week.

“Michael Masi, who accomplished a very challenging job for three years as F1 race director following Charlie Whiting, will be offered a new position within the FIA.

“I presented this complete plan to the members of the World Motor Sport Council and the Senate who gave their full support.

“With this plan, FIA opens the way for a new step forward in F1 refereeing. Without the referees, there is no sport. Respect and support of the referees is in the essence of the FIA.

“That is why these structural changes are crucial in a context of strong development and the legitimate expectations of drivers, teams, manufacturers, organisers, and of course, the fans.”