Message from the Morning Man: The Easter Egg - MyJoyOnline.com

Message from the Morning Man: The Easter Egg 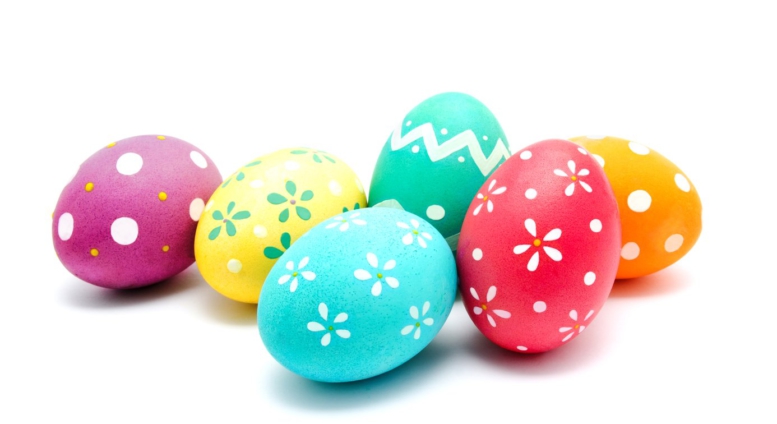 Jeremy was born with a terminal disease. It had twisted his body and crippled his mind. At age 12, he was still in second grade (class 2). Most of the time, his speech was impossible to comprehend, but every now and then, he would speak with a surprising clarity and lucidity – as if a light had shone through the diseased fog in his brain to illuminate his true self within.

There were 20 children in Jeremy’s class. Their teacher, Miss Doris, was at her wits’ end. Jeremy’s special needs took up so much of her time that she was afraid the other 19 children were not getting enough attention. So she called a meeting with Jeremy’s parents, Mr and Mrs Forester.

The Foresters sat in the empty classroom after school and listened quietly while Miss Doris listed dozens of ways in which their son obstructed her class on a daily basis due to his condition. She ended by saying, “Your son really needs to be in a special school. His being here is really not fair on the other children. There is a five year gap between him and the other kids, and they are being denied opportunities to learn because of him.”

The Foresters were worried. “There are no special schools in the area, Miss Doris,” said Mrs. Forrester. “And we know what a shock it would be for our son if we moved him from here. He really likes it in your class”.

Later that evening, Miss Doris lay in bed thinking about the Foresters. She thought about how difficult it must be for them to care for a child with so many needs, knowing all the while that sooner or later, his illness will kill him. As she fell asleep, she whispered a prayer. “Oh God, forgive me for complaining about MY problems. They are nothing compared to theirs. Please help me to be more patient with little Jeremy. Amen”.

From that day on, she really made an effort. She tolerated his incoherent noises, she didn’t lose her temper when he stared blankly at her instead of answering her questions, and she praised him generously, every time he did something right. One day, in the middle of class, Jeremy limped over to the teacher’s desk, gave her a big hug and said in his clearest voice, “I love you, Miss Doris”. The other children sniggered and giggled, but Miss Doris’ heart was fit to burst with sheer joy. She didn’t stop smiling for the rest of the day.

Soon, it was nearly time for the Easter holidays, and Miss Doris thought it would be a good idea to teach the kids something new using the theme of Easter. She sat them all down and told them the whole story of Jesus, his death, his resurrection. She ended by telling them that Easter was all about resurrection and new life.

For homework, she handed each child a plastic egg and told them to fill it with something that represented new life. As she handed Jeremy his egg, she noticed the all-too-familiar slack-jawed vacant look on his face. No doubt, he hadn’t understood a word she had said all afternoon. She decided she would ring Mr and Mrs Forrester later that evening and explain the assignment to them so they could help Jeremy with it.

The next day, Miss Doris walked into the class to find a pile of twenty plastic eggs on her desk. Suddenly, she realised with horror that she had forgotten to call the Foresters. Poor Jeremy would be unable to do the assignment without help. She felt like kicking herself as she sat down and picked the first egg.

It was from Lily in the front row and it contained a flower. “Great choice, Lily,” she said. “Flowers sprout at the beginning of spring, and they symbolise new life for plants”. The second egg contained a paper butterfly. “Another brilliant choice, Adam”, she said, reading the name on the egg. “Caterpillars turn into butterflies and a new life emerges from an old form. Well done”. She picked a third egg from the pile. It had Jeremy’s name written on it. She swallowed nervously and opened it. It was empty. Just as she had feared, the poor boy hadn’t understood the assignment. She set the empty egg to one side as she racked her brain for a way to avoid embarrassing Jeremy in front of the whole class.

“That’s mine, Miss Doris. Aren’t you going to talk about it?” came Jeremy’s voice, clear as a bell, from the back of the class. “But Jeremy, your egg was empty”, she said. The little boy looked into his teacher’s eyes and flashed one of his rare smiles. “Yes Miss Doris. Just like Jesus’ tomb”.

For several moments, all the children sat in dead silence, as a solitary tear ran down their teacher’s cheek.

Three weeks later, Jeremy died. Those who came to the funeral were surprised to see nineteen plastic eggs on his casket. All of them were empty.