Message from the Morning Man: The grape thief 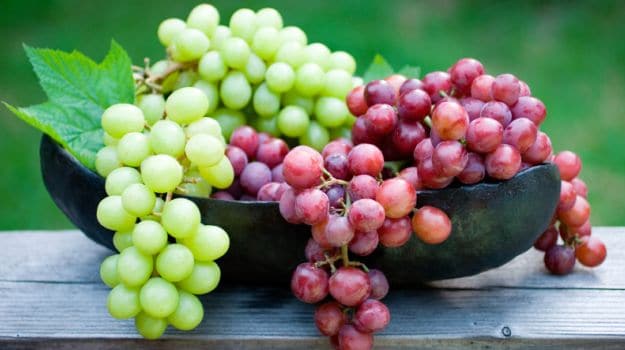 Joe loved fruit – any kind of fruit, really – but his favourite was grapes. On his way to work, he would stop at his favourite fruit stall just outside London Bridge train station and buy a bunch of green grapes.

He’d then sit on a bench, waiting for his train, cheerfully munching on the juicy fruit, while reading the newspaper.

One morning, while he was engrossed in his usual “Fruit and Financial Times” routine, he noticed out of the corner of his eye that the rather smartly dressed woman sitting next to him was reaching boldly across to help herself to the grapes Joe was eating.

Now, the whole thing took him aback a little, but he didn’t want to cause a scene, so he pretended he hadn’t noticed what she’d done.

Then she did it again. This time, with even more boldness. Joe lowered his paper and looked directly at her so she would know he’d seen what she was doing. But that didn’t stop the lady.

She just smiled at Joe, picked a couple more grapes from the paper bag and popped them into her mouth without the slightest sense of shame or embarrassment.

Joe couldn’t believe what was happening. Was this lady alright? Why did she think it was ok to help herself to HIS lovely grapes that he’d bought for HIS personal enjoyment? To prove his point, he drew the bag a little closer to himself, picked a handful of the juicy berries and stuffed them in his mouth.

To his amazement, the woman simply laughed, drew the bag back to its original spot between the two of them and grabbed a handful of her own!

Joe watched in bewilderment as she stuffed her face with even more of his grapes. This woman was bent on “shorting” him, eh?

He took another handful, and she did the same. He took some more, and this incorrigible woman took some more too. The lady matched him grape for grape until there were just a couple left.

She peered into the almost empty bag, and to Joe’s chagrin, smiled at him and said, “Go on then, luv, you can have them”.

The cheek of this chick!

Just then, the PA system announced the arrival of Joe’s train. Quick as a flash, he grabbed the nearly depleted bag and hopped on board.

He settled into his usual window seat, opened his backpack to put away the newspaper, and… right there at the bottom of his bag was a full pack of grapes! He stared at them in horror for what seemed like an eternity.

If these were the grapes he’d bought, then that must mean he had been munching on that poor woman’s grapes with impunity, all the while, imagining that she was rather helping herself to his.

That meant… JOE WAS THE GRAPE THIEF ALL ALONG!

My friends, I’m telling you this story this morning just so you can share in the wide smile that splits my face whenever I remember it – not because there’s any particularly profound lesson to be learnt from it.

Wait a minute, there actually is a lesson here – a fairly important one at that.

It is often easy for those of us who are fortunate to assume a certain sense of entitlement to the blessings we enjoy, without realising that we only have our good fortune because someone allows it.

If you’re making loads of money from a thriving business, don’t be tempted to lord your riches over others, because it’s thanks to your loyal clients that you have money.

If you work in a shop, resist the urge to look down your nose at your customers. It’s the money THEY spend in your shop that pays YOUR salary.

If you’re a civil servant with a cushy job from which you can never be sacked, don’t be tempted to lord your post over the general public whose taxes keep you employed.

If you’re an elected or appointed leader, remember who put you there. Remember who you work for. Don’t hold in contempt the same people who provided you with your privileges.

You may think you own your blessings, but in truth, you’re only blessed because someone allows it.

My name is Kojo Yankson, and I thank you for the grapes.

DISCLAIMER: The Views, Comments, Opinions, Contributions and Statements made by Readers and Contributors on this platform do not necessarily represent the views or policy of Multimedia Group Limited.
Tags:
Message from the Morning Man