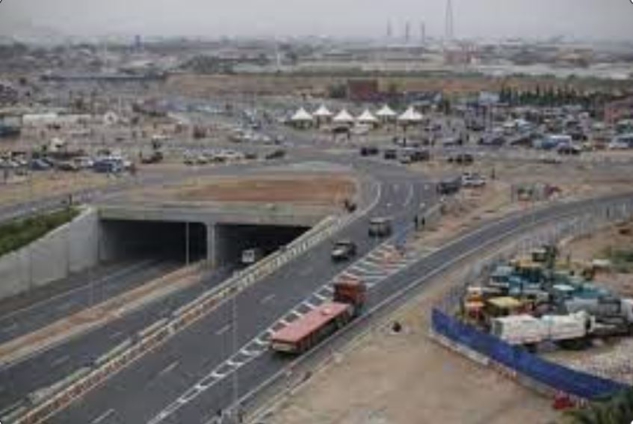 The Minority in Parliament is demanding the abrogation of a $570 million Accra-Tema motorway expansion contract between government and Mota Engil.

Addressing the media in Accra, he said the contract as it stands is illegal and not binding even though it’s been approved by the Public Procurement Authority.

“We have laws in this country. For example, the law clearly states in article 1815 that anytime you agree with a foreign entity that has got economic or a known value; you ought to seek permission from Parliament and the Minister of Roads and Highways is aware of it, and have gone into an agreement with a company called Mota Engil without any respect to article 1815,” he said.

According to Mr Agboza, concerns have been raised about the contract, but it appears the Minister is not ready to abrogate it.

“We’ve been raising this issue, and he is not bothered, but it is a breach of the Constitution and must not be allowed to stand. So we are giving him the last chance to do the right thing, to abrogate the contract and do the right thing.”

He further questioned the Roads and Highways Minister why the contract was not awarded to a Ghanaian contractor instead of Mota Engil.

He added that Mota Engil is not qualified to be awarded a contract, making the contract null and void.

When asked what action would be taken should the minister fail to abrogate the contract, Mr Agbodza said, “we will drag him before Parliament, and then we advise ourselves because it’s a clear breach of the Constitution.”

However, speaking on News Nights on JoyFM, the Deputy Minister for Roads and Highways, Stephen Jalula, said he understands the concerns raised by the Ranking Member on the Roads and Transport Committee, Kwame Agbodza but he does not understand why the contract is being described as illegal.

“I don’t know what is illegal about the contract. If you ask any lawyer, they can tell you that they put in conditions that must happen before the contract can be effective in any contract. So what is it that they are calling for?” he quizzed.

Reacting to issue raised on why the contract was not given to a local contractor, he said:

“Just wondering which local contractor can embark on a project of this magnitude. This is a $517 million project.”

He noted that “the Ghana Infrastructure Investment Fund is going to be the key movers of this project, and they are going to source for funding, equity funding from other international funds so that this project will be carried out.”

DISCLAIMER: The Views, Comments, Opinions, Contributions and Statements made by Readers and Contributors on this platform do not necessarily represent the views or policy of Multimedia Group Limited.
Tags:
Accra-Tema motorway
Kwame Agbodza
Minority
Mota Engil