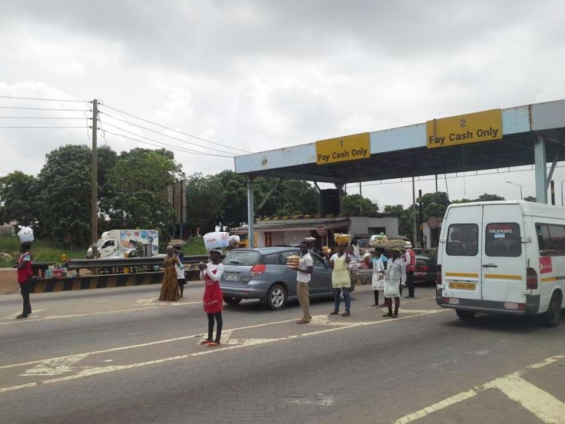 The Minority in Parliament has welcomed the reintroduction of road toll in 2023.

The reintroduction of the levy is contained in the 2023 budget presented to Parliament last week.

Government stopped the collection of road tolls in November 2021 after an announcement in the 2022 budget.

“Government has abolished all tolls on public roads and bridges. This takes effect immediately after the Budget is approved,” Finance Minister,Ken Ofori-Atta said while reading the 2022 budget in Parliament.

But Mr. Ofori-Atta announced the return of road toll as part of government revenue measures on selected roads in the 2023 budget.

Debating the budget statement on Wednesday, Minority Spokesperson on Roads and Transport, Governs Kwame Agbodza whilst welcoming the development, said the government was populist in canceling the toll in the first place.

They, however, called for the toll to be used solely for road maintenance else they will withdraw their support for it.

“If you bring the road toll back, all the accruals must go into road maintenance. Otherwise, we are not going to support you, that is why we say de-cap the road fund,” Governs Kwame Agbodza said on the floor of Parliament.

When the collection of road tolls was halted, the Minority in Parliament strongly contended that the decision was a huge blow to the country as it will lead to massive revenue loss to the roads Ministry.

The Minority Chief Whip, Mubarak Mohammed asserted that the state will lose as much as GH₵6million in revenue due to the decision.

An Economist with the University of Ghana Business School, Lord Mensah called for whoever made such a decision to be surcharged as he believed it will lead to financial loss to the state.

“Whoever took the decision to stop the road toll has caused financial loss to the state, whatever has been lost he must be surcharged for it. …It wasn’t a prudent decision to take off the road toll,” he told JoyNews.

But appearing before Parliament in March this year, after the cancellation of the road toll was announced, the Roads and Highways Minister, Kwasi Amoako-Attah dismissed claims of revenue loss to his Ministry.

“Mr Speaker, there are in total, 38 toll booths across the country. There has been no loss of revenue to the Ministry of Roads and Highways since the cessation of the collection of the road tolls,” he told the House.

DISCLAIMER: The Views, Comments, Opinions, Contributions and Statements made by Readers and Contributors on this platform do not necessarily represent the views or policy of Multimedia Group Limited.
Tags:
2023 Budget
Minority in Parliament
Road tolls
Roads Minister Kwesi Amoako Attah