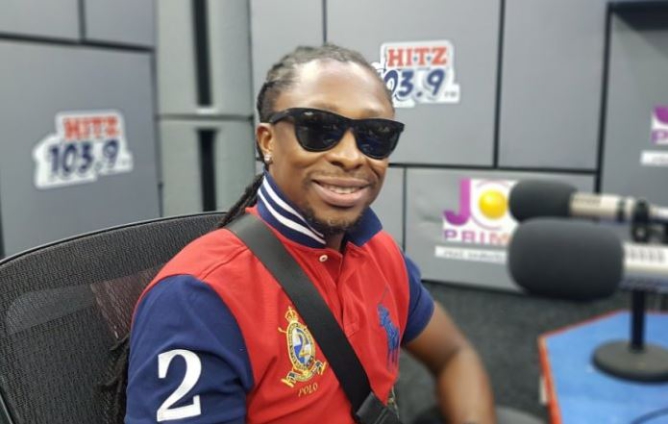 In an interview with Feeling Daddy on a Takoradi-based radio station, Empire FM, he said that the socialite has no musical talent, although she has released some hit songs.

He elaborated his statement in a recent interview with Doreen Avio on Hitz News at 1.

The Ghanaian highlife musician explained that the only reason why Mona 4Reall has been able to get artists such as Stonebwoy and Shatta wale on her ‘Here to Stay’ album is because of the huge amount of following she has on social media, and her money.

The ‘Me Hea Odo’ hitmaker also shared his plight in featuring artists like Efya and Stonebwoy on a song, but all attempts have proven futile.

“I, as a great musician, will ask some artists like Efya, Stonebwoy, etc., but would rather go and do it with someone whom I know is trying, then there’s something fishy,” he said.

The ‘Enko Ngya Me’ singer said that he has no issues with Mona4reall, and neither is he trying to throw shots at her to trend. He is just sharing his opinion.

He added that Mona 4Reall is a businesswoman, not a musician.

“I know her to be a businesswoman I don’t know her to be a musician and all of a sudden I hear her songs featuring all these artists, to me is not like I’m trying to throw shots at her to trend,” he said.